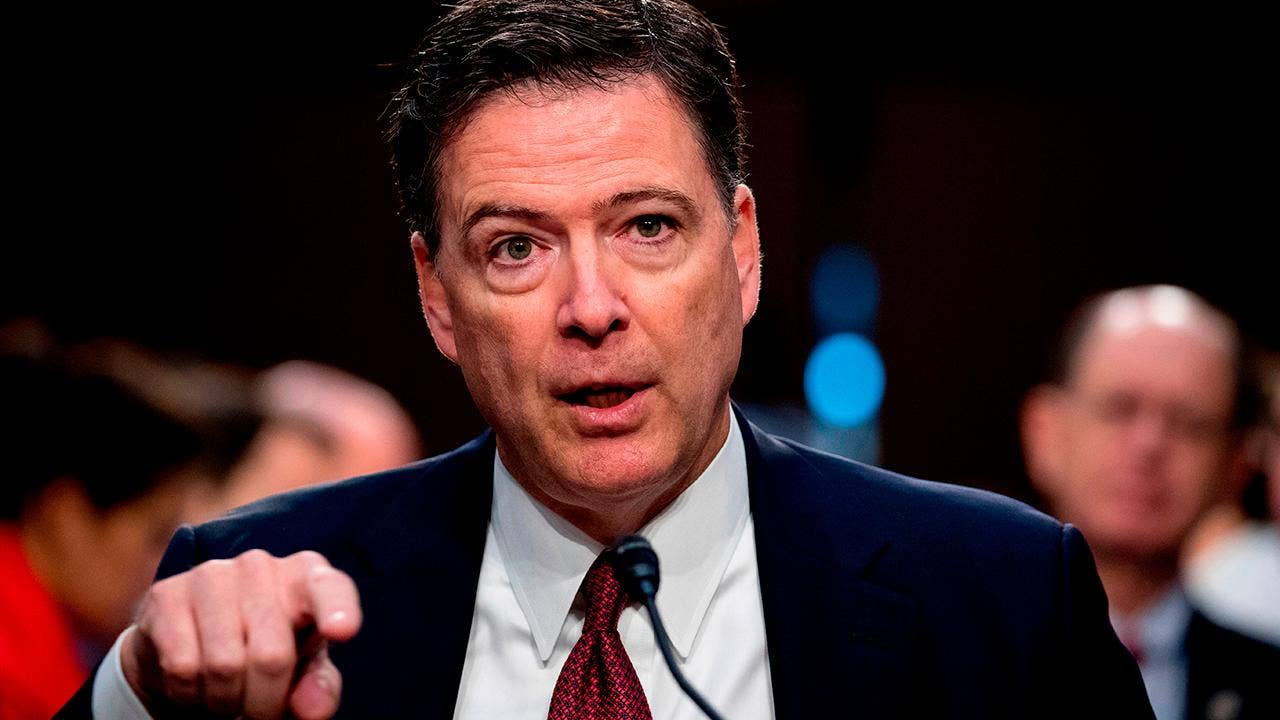 Who is James Comey? Is he the world’s tallest Boy Scout, as he tries to convince us through five hours of insufferable earnestness with ABC News’ George Stephanopoulos?

Or is he a self-promoter who has lied on several occasions, leaked information to the press, and who conducted a sham investigation of Hillary Clinton, whom he expected to be the next president?

Comey’s book, “A Higher Loyalty: Truth, Lies, and Leadership,” and his interview with Stephanopoulos, is a vicious hit job on President Donald Trump, who fired him. In the sit-down, he presents his every interaction with the president in the most unflattering light possible, leading carefully, dispassionately, inexorably to his conclusion that Trump is morally unfit to be president.

James Comey is now seeking rehabilitation on the back of the president who fired him. Liberals have not forgiven him for undermining Hillary Clinton’s campaign; he is doing his level best to win back their admiration…

But at the same time he says “I don’t remember being angry” when he hears he’s been canned – in an ignominious manner, at that. Is that credible? No.

When he attends a reception for law enforcement officials in the White House, and walks across the room to greet the president, he says he’s nervous about embracing Trump, but can’t help the optics when his boss leans in and whispers in his ear. What was that dreaded message from his president? Trump says, “I look forward to working with you.” Wow – how crazy. How threatening. How normal.

Comey tells Stephanopoulos he is mystified that Trump and his team discuss how they are going to handle the public relations aspect of the infamous Steele dossier.

Did he not imagine that a White House would worry about the public’s reactions to rumors of sordid goings-on with prostitutes?

He carefully ponders Stephanopoulos’ query as to whether the Russians “have something” on Donald Trump, concluding that it’s “possible.” And yet, earlier he says that if someone is conducting an investigation for a year and doesn’t have a good sense of where it will end up, that person should be fired. Shouldn’t Comey know by now whether those salacious accusations are true or not? It appears that he knows these tales are bunk, but he delights in letting the public savor the possibility.

Everything discussed in the ABC interview is darkened by the prism of Comey’s anger and hatred of the president. (He reveals that his wife and four daughters took to the streets to march in protest against the president; so much for neutrality on the home front.)

Stephanopoulos of course leads the conversation, with the two singing the anti-Trump duet in perfect harmony. Never does the ABC host question why Comey the famous note-taker failed to take notes in his interview with Hillary Clinton, or to record that conversation. He also neglects to ask why the FBI chief granted immunity to five of Clinton’s top aides, demanding nothing in return. And so much more.

The interview on ABC is the first of many that will attempt to sell Comey’s book. The fact that five hours with Stephanopoulos could be whittled down to an unexciting 45 minutes suggests that Comey’s moment in the sun will be brief.

Brief, but insightful. Writing a book turns out to be quite a revealing undertaking.

Hillary Clinton put pen to paper and showed herself to be a whiny, bitter woman who blamed everyone and everything for her loss to Donald Trump instead of what actually cost her the presidency – her own shortcomings. Her book tour lost steam as even her fans tired of the relentless slog of complaints; it was the beginning of the end of the Clinton era.

Mr. Comey’s book, “A Higher Loyalty” similarly lays waste to his own painstakingly etched image. Who writes a “bitchy” book, as some have rightly called it, and details in interviews observations about the size of a president’s hands and the tanning circles around his eyes? Not someone who wants to be taken seriously. Not someone who expects his recollections of meetings and events to sway history.

The gutter-crawl is unexpected; James Comey’s past claims to nobility were convincing. I admit I was impressed by his confrontation with President George W. Bush over re-authorizing warrantless eavesdropping that had been allowed under the Patriot Act.  Considering the sketchy surveillance of Trump’s campaign that appears to have occurred under Comey’s watch, that event will go down as epically ironic.

Similarly, I admired Comey’s willingness to buck President Obama’s push to dumb down law enforcement and his honesty in linking a rise in violent crime to stepped-up scrutiny of police.

That was then. Comey is now seeking rehabilitation on the back of the president who fired him. Liberals have not forgiven him for undermining Hillary Clinton’s campaign; he is doing his level best to win back their admiration by taking pot shots at the president. Unhappily for him, that field is plenty crowded already.

Comey oversaw that FBI, which increasingly appears compromised and untrustworthy at the highest ranks. So much for being the only honorable man left standing.