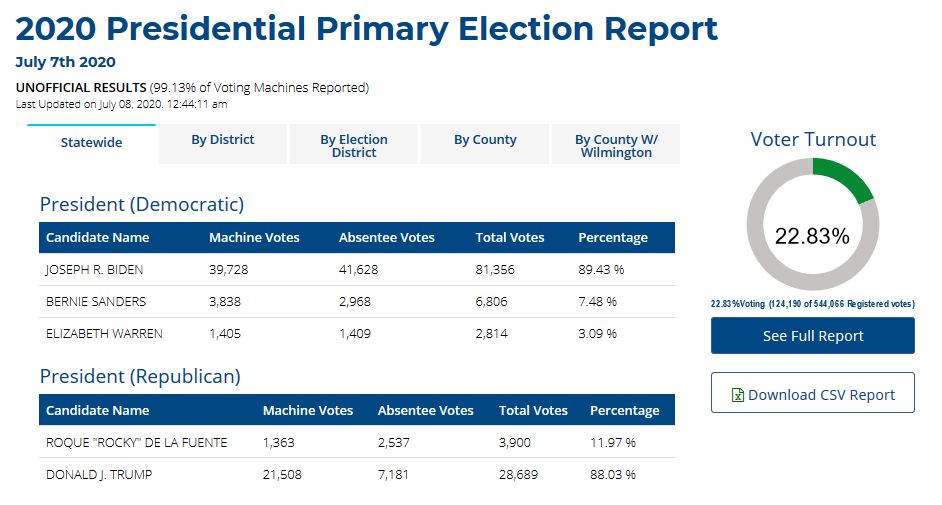 The Delaware Presidential Primary had no surprises – VP Joe Biden easily won the Democratic vote with 89% of the vote. Bernie Sanders got 7% and Elizabeth Warren 3% of the vote. On the GOP side – President Trump grabbed 88% of the vote and Roque de la Fuente got 12%. 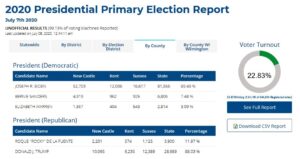 Sussex County Director of Elections, Ken McDowell, told WGMD that turnout in Sussex around 1pm was light to moderate, and it had been a relatively quiet day – with no real problems at the various polling locations. McDowell said there was one problem this morning when they went to open the Morris Early Learning Center location in Lincoln, which took a lightning strike during the storms Monday night. Ten voters had to vote at other locations – before the site was up and running by about 9:30am.