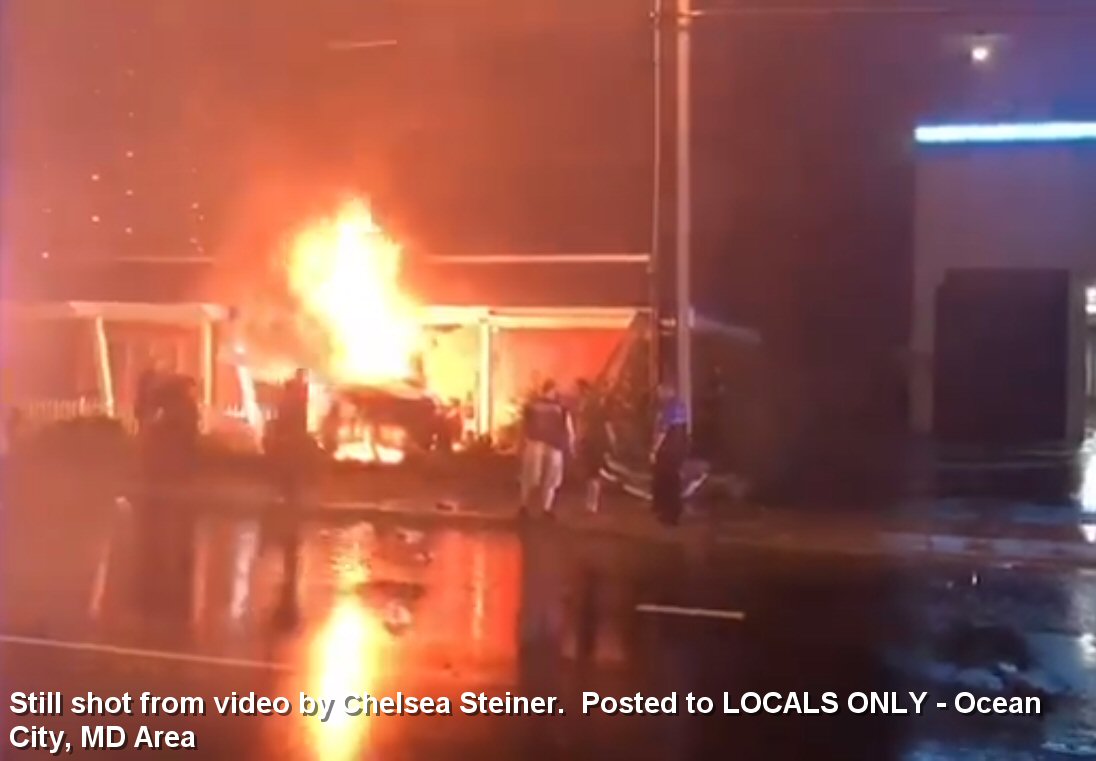 Still shot from video from Chelsea Steiner. Posted to the Locals ONLY – Ocean City area group

UPDATED – 11:30am –  One person is dead after a crash on Coastal Highway in Ocean City just after 1 Friday morning.  Ocean City Police continue to investigate but say they were called about a drunk driver and located the vehicle in the area of 59th Street, but the driver failed to stop and police lost sight of the vehicle in traffic. that an officer tried to stop the suspect.  Police say moments later the driver – 41 year old Todd Pivec of Cockeysville struck another vehicle in the southbound lanes.  The other vehicle caught fire and the driver was pronounced dead at the scene.  Pivec’s vehicle struck a utility pole after the initial crash – he tried to run off on foot, but was arrested by police.  Charges are pending, but Pivec will be charged with manslaughter, homicide by motor vehicle while DUI and additional traffic offenses.

UPDATED – 7:30AM – Traffic now moving in both directions on Coastal Highway.

Traffic on Coastal Highway has been detoured after a fatal accident involving a vehicle that burst into flames in the 4600 block of Coastal Highway around 1:15 a.m. today.

At least two vehicles were involved.  Police have one person in custody and another has been pronounced dead at the scene in the burned-out car.

Representatives from the medical examiner and the state’s attorney office are investigating.

Stay with WGMD and WGMD.com for further developments.