Police are asking for the public’s assistance locating suspects who have been passing bogus $100 bills in downtown Rehoboth Beach the past few days.

According to Lt. Jaime Riddle, police spokesman, the bandits are responsible for costing retail businesses in town hundreds of dollars.  The reports began surfacing last Saturday, August 25, when officers responded to retail stores along the boardwalk and in the ocean block of Rehoboth Avenue as merchants discovered they had received counterfeit $100 bills in their recent transactions.

Police obtained video and have identified these two males who are suspected of passing the counterfeit bills. Police would like to hear from anybody who can identify these suspects. 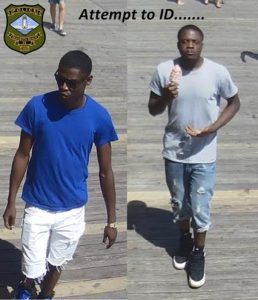 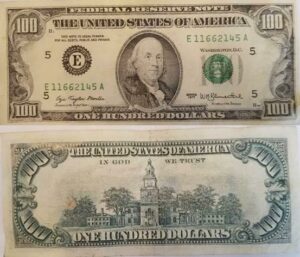 Anyone with information as to the identity of the suspects is asked to please contact Det. Tyler Whitman at (302) 524-1391 or submit a tip through Delaware Crime Stoppers by calling 800-847-3333 or via the Rehoboth Beach Police Department webpage.