According to the Department of Education the state had an overall graduation rate of 86%, about 1 percent higher than the year before. Officials say graduation rates increased across all student subgroups except for American Indian and English Learner students. 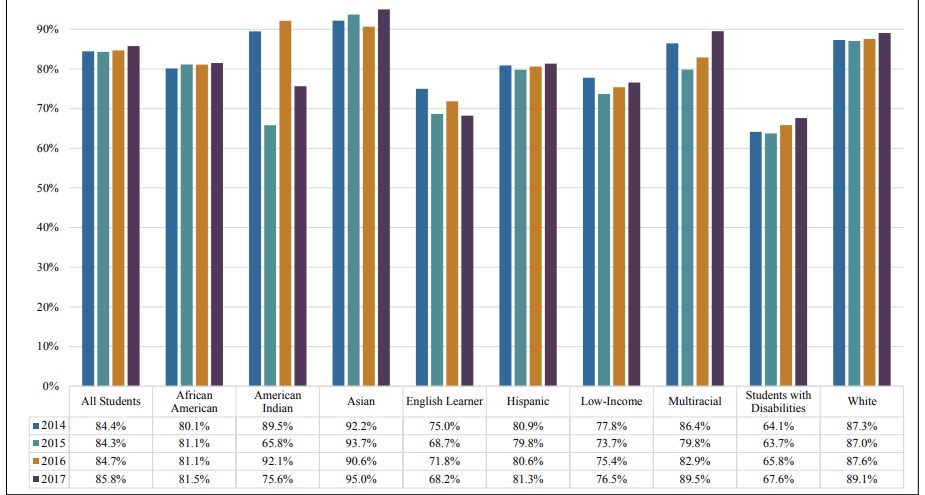 The state’s dropout rate increased a third of a percentage point, with almost 2 percent of students quitting school. About a third of all high school dropouts were from Sussex County, mainly from Indian River, Seaford, and Milford School Districts.