The Dewey Beach Police Department has arrested Joseph Bidwick of Montgomery County, Md. for an incident that occurred at 1904 Coastal Hwy in Dewey Beach. On July 7, police say it was Bidwick who was captured on video surveillance forcibly breaking into Woody’s East Coast Grill where he stole alcohol and cash. 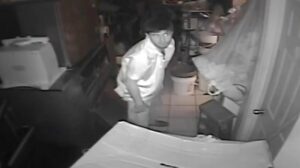 External video also captured him burglarizing a vehicle where items were taken and entering an adjacent yard where additional property was removed.  Bidwick was arraigned at the Justice of the Peace Court #2 and released on a $7250 unsecured bond.

He faces charges of burglary, theft and criminal trespass.