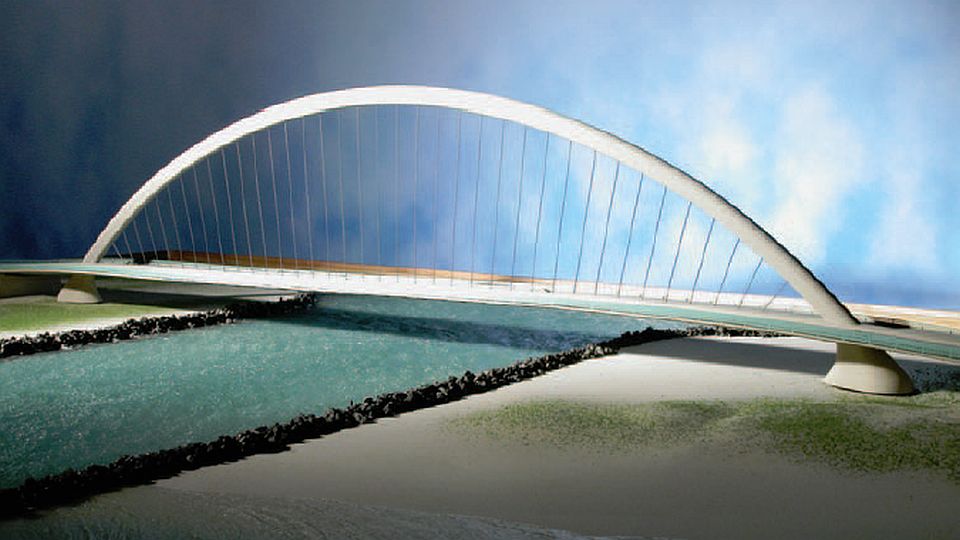 The original design consisted of mounds of sand piled on either side of the inlet to act as the base to the bridge approaches, however the mounds of sand settled slower and deeper than expected making the ramps unstable. DelDOT filed a lawsuit for $19.6-million in damages against FIGG Bridge Engineers and the engineering subcontractor MACTEC Engineering. The suit alleged that the contractors provided inaccurate and incomplete information regarding the geo-technical evaluation of the embankment surrounding the Indian River Inlet. That bridge was never built and eventually most of the sand mounds were removed.

A new bridge builder was hired – Skanska Civil Southeast, a new bridge designed and the Charles W. Cullen Bridge that currently stands at the Indian River Inlet was built.  It opened in 2012.