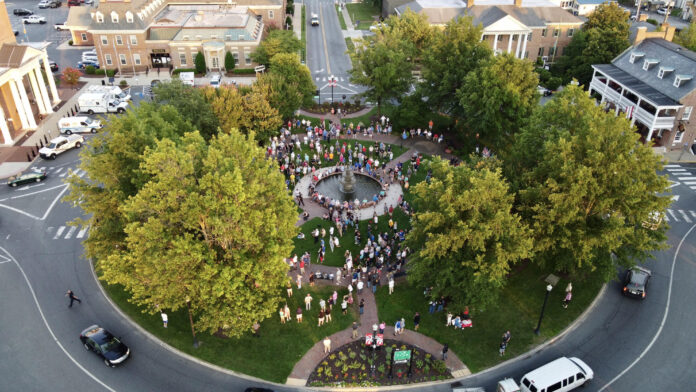 Stars and stripes in black, blue and white fly at the Circle in Georgetown for a rally in support of Delaware law enforcement.

Several local police chiefs and law enforcement officers were also on hand to acknowledge the show of support Monday evening, which comes after weeks of protests that focused upon alleged racially-driven police brutality elsewhere across the nation.

In Delaware, the statue of a kneeling law enforcement officer at the Law Enforcement Memorial in Dover was recently vandalized. Also, a monument at State Police Headquarters inscribed with the names of fallen officers was spray-painted.

Senator Brian Pettyjohn of Georgetown organized the event Monday night in Georgetown, where he previously served as Mayor.