A 27-year-old Houston man is behind bars after being arrested on child sex abuse charges. 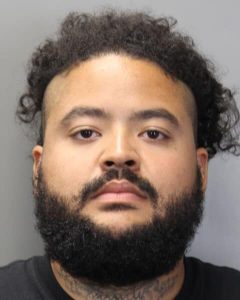 Harrington Police say they investigated a sexual abuse complaint after being contacted by the Division of Family Services in May. The incidents allegedly occurred at the Telemon Head Start in the 100 block of East Street in Harrington. Detectives say that on separate occasions during the month of May, two children ages 4 and 5 were asexually assaulted by the suspect, Timothy McCrary while he was working as an Aid at the school.

On Friday, June 21, McCrary was taken into custody at his residence by Harrington Police and Delaware State Police. He was charged with three counts of First Degree Sexual Abuse of a Child by a Person of Trust and one count of Unlawful Sexual Contact where the victim is less than 13 years old. He was arraigned and committed to SCI in Georgetown in default of 235,000 dollars cash only bond.

Harrington Police continue their investigation and ask any parents who suspect their child may be a victim or anyone with information on this incident to contact them at (302) 398-4493 – Extension 12.