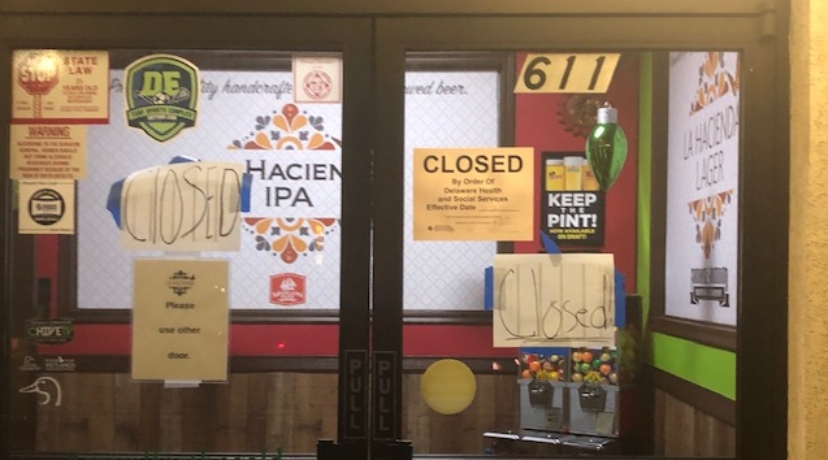 La Hacienda restaurant in Milford has been temporarily closed following a complaint that led to a health inspection where roaches, dead insects, and various food safety violations were found.

Following a complaint, inspectors with the Delaware Division of Public Health’s Office of Food Protection ordered the immediate closure of the restaurant on Wednesday after dead insects were found throughout the restaurant, including roaches and crickets, during an inspection.

Both live and dead roaches were located at a three bowl sink and under the counter in the bar area, according to the inspection report. In addition, dead roaches and crickets were found in bait stations throughout the restaurant.

A number of food safety violations were found during the inspection, including unclean food contact surfaces, food debris caked on equipment, raw meats on top of ready to eat foods like peppers and onions, and improper storage hazards such as food being stored on the floor in both the bar and walkin.

WGMD News reached out to management at La Hacienda and was put in touch with the owner, Carlos Estrada, who suggested his neighbors in the shopping center could have contributed to the problem and that the issue involving the pests was centric to the bar and not the kitchen.

“That location that we picked, I mean, it is in a shopping center, so we do have neighbors to the right and to the left and sometimes when there is openings of new vendors within the shopping center there are things that get moved around,” Estrada explained. “In our case, we kinda saw an increase of activity which we had addressed already with our pest control.”

The restaurant has tried its best to be on top of the pest control problem, according to Estrada, having already undergone routine pest control treatments in an attempt to get rid of the roach infestation.

Estrada said he has consulted with his employees to ensure that no further food safety violations occur.

Moving forward, the restaurant was ordered to discard all food that was not stored in the walkin and undergo a sanitization and deep cleaning of all surfaces throughout the establishment.

La Hacienda will not be permitted to reopen until a follow up inspection takes place that finds that all roaches, both dead and alive, are non-existent in the restaurant.