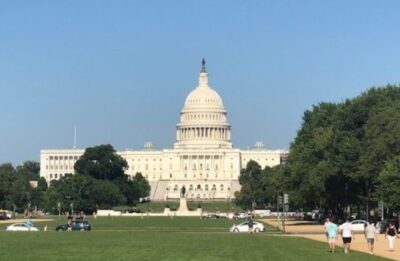 $1.6 million in federal grants will go towards temporary disaster relief jobs for laid off workers in Maryland.

Funding comes through the U.S. Department of Labor (DOL) Dislocated Worker Grants (DWGs). The Coronavirus Aid, Relief, and Economic Security (CARES) Act provided $345 million nationwide through this program in response to record levels of unemployment caused by the pandemic.

These grants would create temporary jobs related to the COVID-19 public health emergency response and fund job training in industries still hiring at this time.

“Across Maryland, individuals have lost jobs, been furloughed, or suffered reduced hours, causing an economic crisis in addition to the public health emergency. At the same time, certain front-line industries have demand for additional capacity. These federal funds will help address these challenges head on,” said the delegation. “We will continue to work as a united delegation throughout this pandemic to support Marylanders in every way possible.”

These grants are allocated based on the numbers of confirmed cases. Supported by the Workforce Innovation and Opportunity Act of 2014, Dislocated Worker Grants temporarily expand the service capacity of dislocated worker training and employment programs at the state and local levels by providing funding assistance in response to large, unexpected economic events that cause significant job losses.

Additional information can be found through the Department of Labor here.