Maryland voters have been casting ballots in the state primary election since last week. Early voting saw more people going to the polls before the primary for one reason or another, but still only comprised a little over 6% of eligible voters.

Results were late coming in Tuesday night after the Baltimore City Circuit Court ruled that 3 precincts – 27-28, 27-29 and 27-35 must remain open until 9 pm because they opened late Tuesday morning. According to a statement on the State Board of Elections website, these precincts did not open until approximately 9 am because pollworkers were unable to access the secure room where the voting equipment and supplies were stored. The State Board of Elections delayed the release of all numbers until after the three Baltimore City precincts closed.

The primary for the Governor’s race was among 9 Democratic challengers for Governor Hogan. With 17 precincts still not in, Ben Jealous and Susan Turnbull had a substantial lead with nearly 40% of the vote.

The Congressional race for District 1 has incumbent Andy Harris easily taking the GOP nod. Democrat Jesse Colvin has 38% of the vote with just 2 precincts not yet reporting.

Bud Church gets the GOP nod for the District 3 seat on the Worcester County Commission. He took 75% of the votes to Gary Millhoff’s 24% and faces a challenge from Zachary Tyndall in November.

In the Worcester County State’s Attorney race, Bill McDermott had the lead for much of the night, but at the end Kris Heiser jumped ahead with 52% of the vote. However only 175 votes separates them with absentee and provisional ballots still to be counted. There is no Democrat challenger.

The Worcester County Sheriff’s race was also close with 2 of the four candidates just 161 votes apart. Matt Crisafulli has the slim lead over Mike McDermott for the office. There is no Democrat running.

Here are the unofficial results: 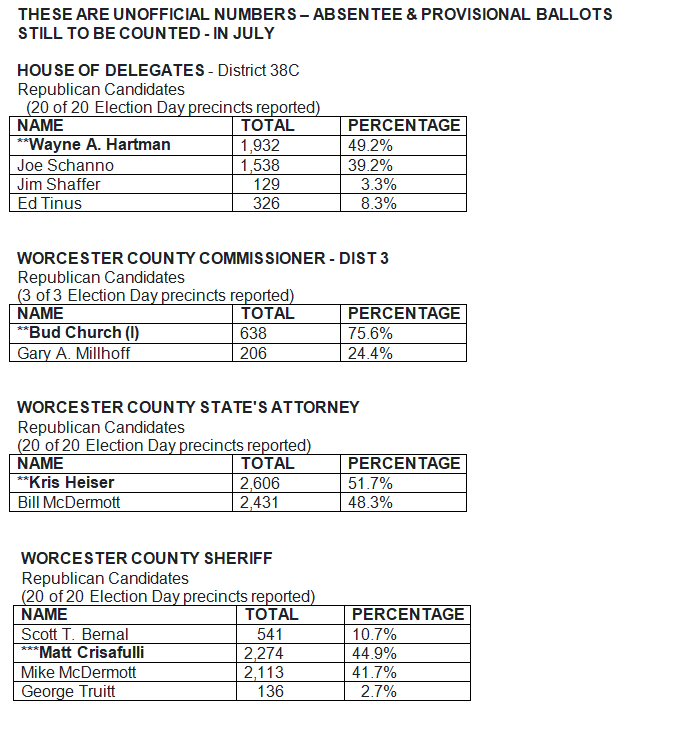 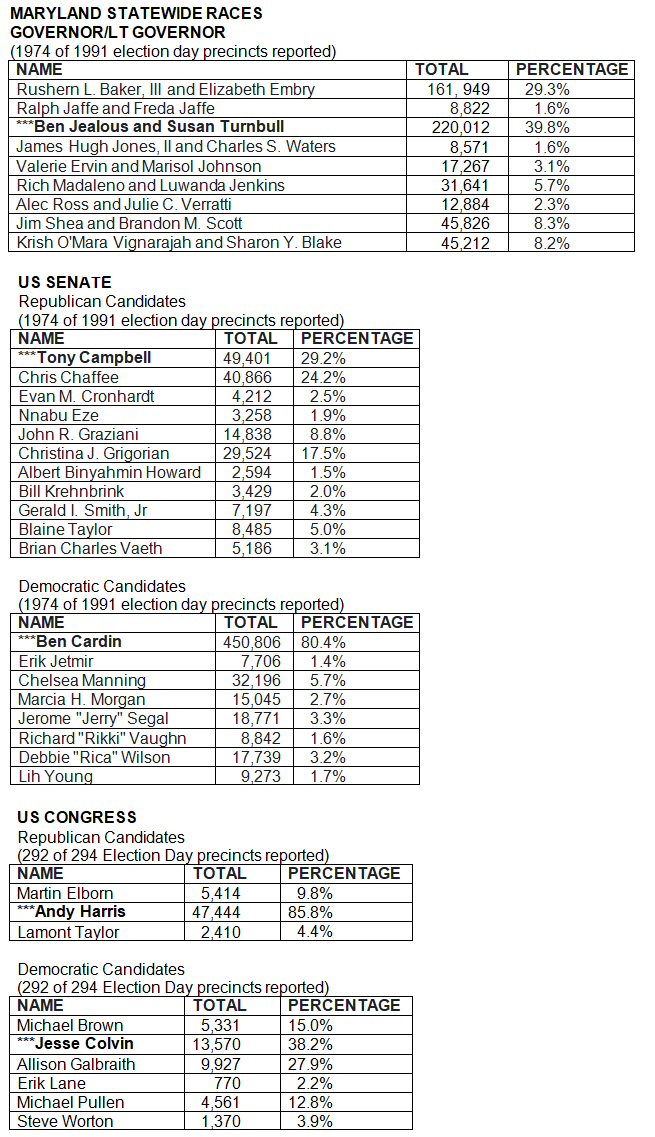