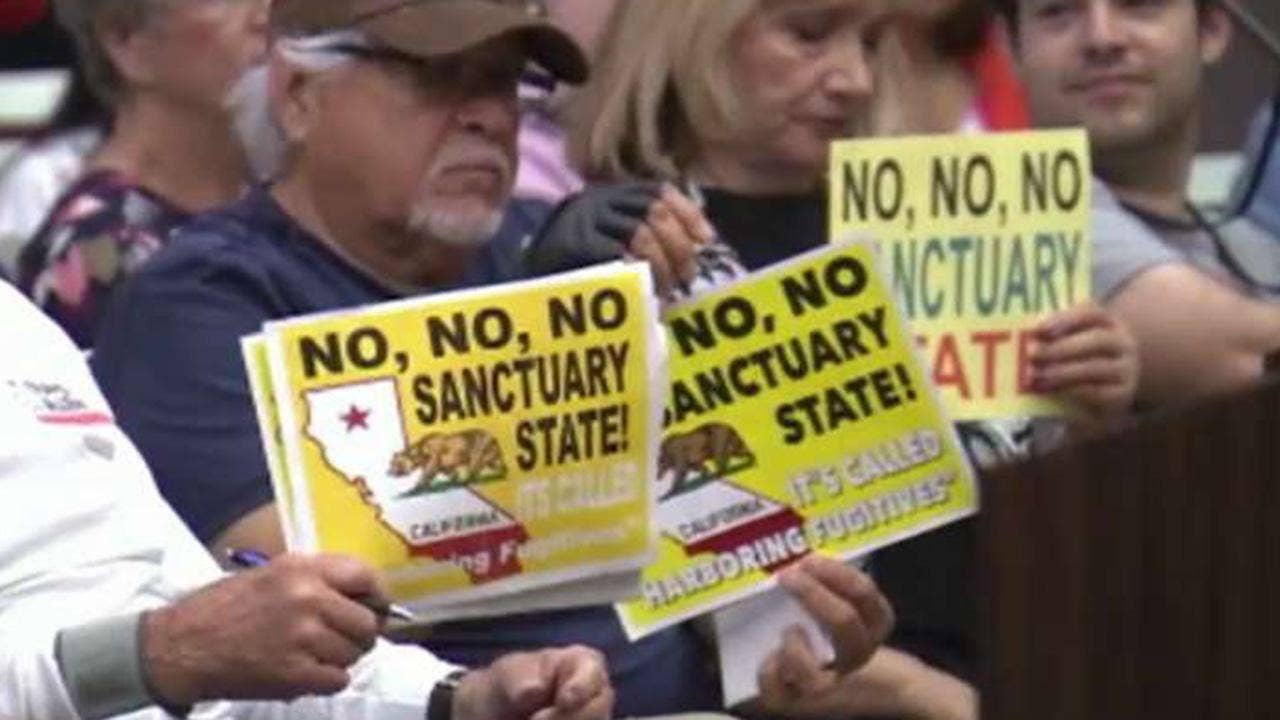 At least a dozen local governments have already voted to either join or support the federal lawsuit against the state – or the approved resolutions opposing the state’s sanctuary law that limits police cooperation with federal immigration authorities.

But another blow to California’s state government may be coming this week, with the city of Los Alamitos in Orange Country voting Monday to reconfirm its commitment to opt out of the state law.

Los Alamitos was the first city to rebel against the state and already voted in favor of exempting itself from the sanctuary state law last month. To officially approve the motion, the council of Los Alamitos will have to vote again on Monday.

The San Diego County Board of Supervisors will decide Tuesday whether to join the Trump administration’s lawsuit against the state.

Most local governments siding with the Trump administration are located in Orange County– a Republican stronghold– but some other cities across the state have showed signs of support.

The city of Escondido in neighboring San Diego County has recently voted to support the lawsuit along with the small city of Ripon in the state’s Central Valley.

Efforts to thwart the sanctuary laws have energized California’s Republicans, who were long wary of taking a hardline stance towards immigration due to the state’s changing demographics.

“When the attorney general of the United States decides to take a firm position against it, I think that gave a signal to a lot of us that, ‘Hey, California is on the wrong side of this thing,'” said Fred Whitaker, chairman of the Republican Party in Orange County.

“The mobilization that could come from introducing immigration debates into county political races may be a critical element in a year like 2018 when Democrats will likely be more mobilized than Republicans,” said Louis DeSipio, a political science professor at the University of California, Irvine.