At the Blades Volunteer Fire Hall last night, concerned residents gathered to hear updates from DNREC and Public Health officials about the contaminated drinking water in town. Most people expressed concerns the contaminated drinking water could cause health defects, like cancer. However, officials stressed the amount of chemicals in the water is very low.

“Just so everyone knows, a part per trillion is something along the lines of a drop in a swimming pool,” says Jamie Mack, acting Chief of DPH’s Health Systems Protection. “If you look at most of the other contaminates and things we monitor for in drinking water, they’re measured at levels a thousand times or a million times higher than that. So this is a very very low level of contamination that we’re seeing.”

He says the amount of perflourinated compounds, or PFCs, in the drinking water is extremely low, even though levels are above recommended EPA limits. Rather, Mack says the current water distribution efforts began out of an abundance of caution to make sure residents are getting the cleanest water possible. 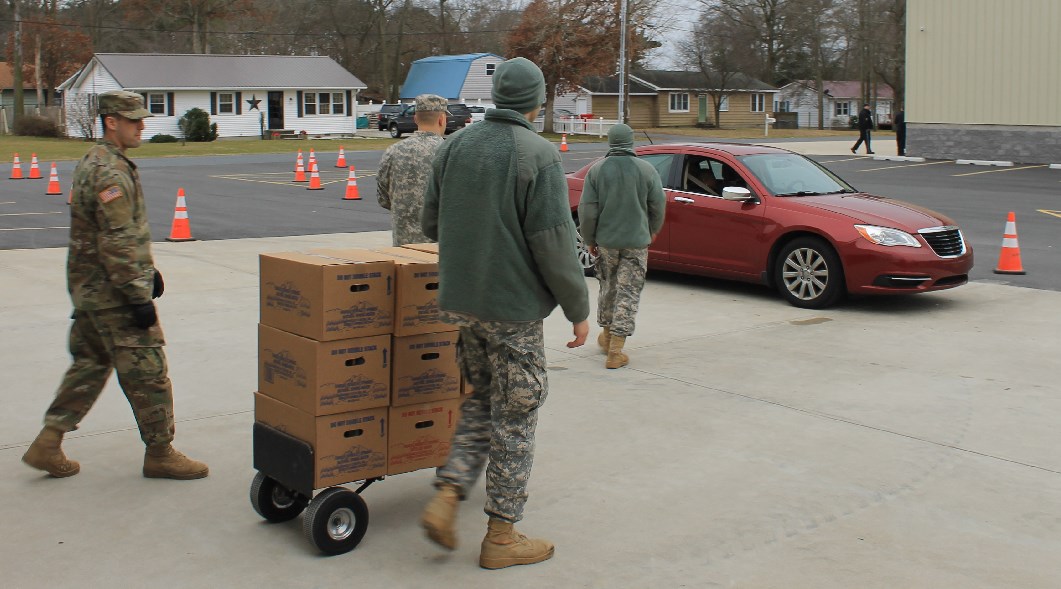 A new carbon filtration system is on its way to Blades from Pittsburgh. It will arrive later today, and crews have already been prepping the site at the town’s water plant for installation. However, the system will need to be installed, cleaned, primed, flushed and then tested before coming on line. 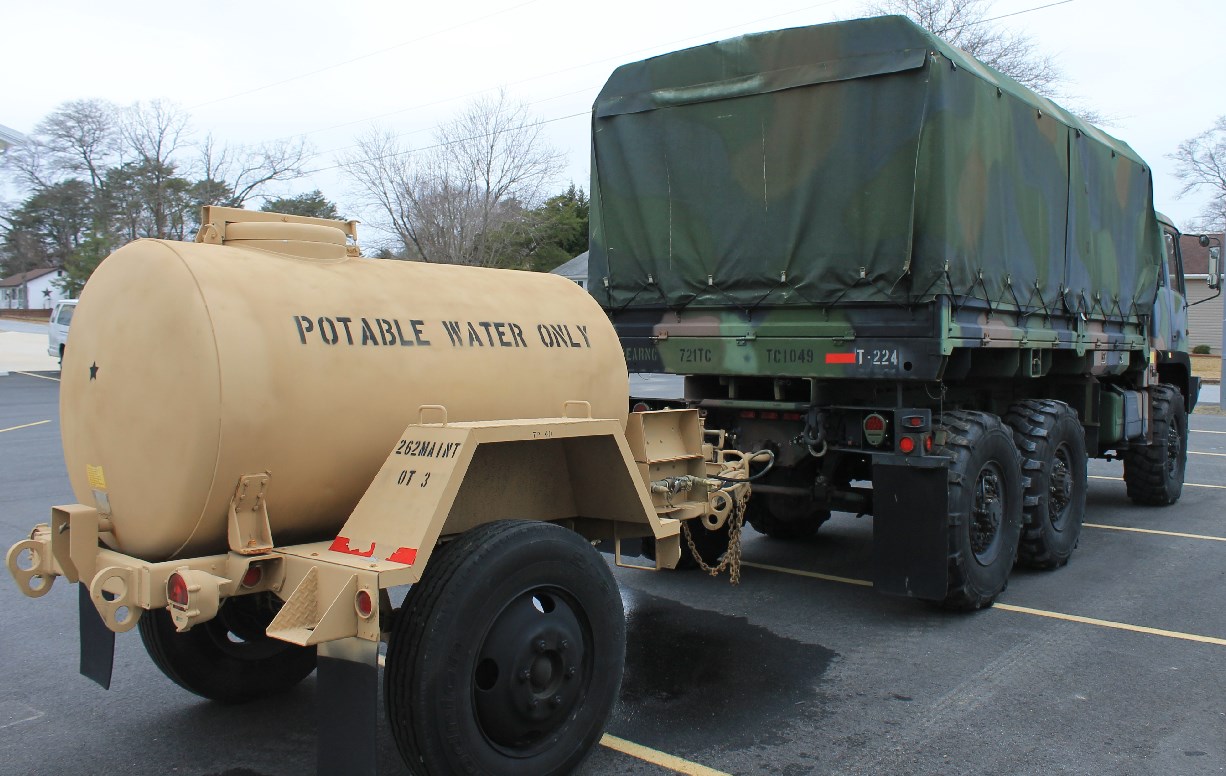 Concerned residents spent much of last night’s public comment period peppering officials with questions about potential side affects from drinking the town’s water. Many cited local children and pets getting cancer, wondering if it was directly related to the contamination. DPH officials downplayed any correlation between health issues and the chemical exposure.

“These are very, very common chemicals. Most of us in the country have probably been exposed to them throughout our lives from Teflon pans, other non-stick surfaces and avariety of other sources,” said Mack. “So the best thing we can do in this case is to end the exposure. And looking at blood tests and things like that its not going to provide any information where we can say ‘OK this much of you level came from this exposure.'”

Officials also stressing people drawing water from private wells outside Blades Town limits but north of Morgan Creek should not drink their water until its tested for PFCs as well. Anyone within a half mile radius of Blades  should get clean water from the National Guard instead.

DNREC believes contaminates in Blades’ drinking water can be traced back to two industrial plating operations in town. However, DNREC Secretary Shawn Garvin stressed they cannot be 100% sure, until a thorough investigation is conducted.

“The two facilities– and I have to underscore that we have not done an investigation that definitively tracks back to any one entity– but what we do know is plating operations historically had used this chemical,” says DNREC Secretary Shawn Garvin. “So Peninsula [Plating] and Procino [Plating] were the two facilities that kind of put this on the radar in the first place.”

In 2013 owner operator of Procino Plating entered a guilty plea for illegally storing hazardous waste on South Market Street in Blades without a permit. DNREC has issued violations to Procino Plating dating as far back as 1994. Peninsula Plating abandoned operations in the 1990s, with EPA pollution reports from 1995 detailing emergency cleanup efforts, including removing numerous 55-gallon drums of toxic chemicals left behind.