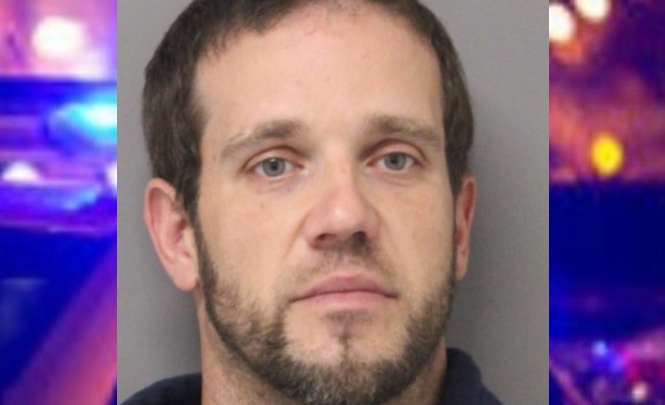 A Salisbury man was arrested on multiple charges following a domestic dispute with his ex-girlfriend in Laurel.

According to the Delaware State Police Department, shortly before 1 a.m., March 29, 33-year-old Jordan Kirn responded to the victim’s residence located in the 6000 block of Old Sharptown Road in Laurel to retrieve personal property.

While at the home, Kirn and the victim engaged in a verbal altercation that escalated to Kirn striking the victim in the face. After a brief struggle, the victim was able to flee the scene and call 911.

During the incident, two children were present but were not injured. The victim did not seek medical treatment for her injuries. Troopers attempted to locate Kirn after the incident with negative results, and a warrant was issued for his arrest.

On Sunday, April 19, around 6:30 a.m., troopers were dispatched to the victim’s residence again. Kirn had showed up at the home and entered without permission, according to police. The victim and two children were asleep in the at the time and were awoken by a loud noise in the hallway.

The victim went into the hall and was immediately confronted by Kirn. A physical altercation ensued, and Kirn produced a pocket knife from his pocket and threatened the victim bodily harm before leaving the residence.

The victim was able to lock the door and call 911.

Prior to Troopers arriving on scene, Kirn fled the area in his vehicle.

After Troopers cleared the scene, Kirn was observed in the area by the victim and a Trooper in the area. The Trooper attempted to conduct a traffic stop on Kirn’s vehicle and it came to a delayed stop but Kirn failed to exit the vehicle upon the Troopers request.

Kirn then placed his vehicle in drive, fled the scene and failed to stop for the Trooper with his patrol vehicles’ lights and siren activated. Kirn continued to drive at a high rate of speed and fled into Maryland.

Kirn was taken into custody by police in Wicomico County, Maryland, and was extradited back to Delaware on April 21, 2020 where he was hit with multiple charges. He was arraigned and committed to the Sussex Correctional Institution on $36,050.