This week’s Sussex County Council meeting began with Georgetown resident and advocate for the homeless, Jim Martin, reading a letter to the editor, which was also sent to WGMD, which asked the council to spend a week as homeless persons.

Here is my attempt at explaining something that Council Members have never experienced. Here goes….

Sussex County has seen a boom in luxury housing construction that has left young people , seniors and regular working people with no where to go to the bathroom, no where to sleep at night, and no where to wash up.

Because we now have no housing units in Sussex County for the working poor and no more Section 8 units available, more and more young people, senior citizens and regular working people are living in their cars or pitching tents in the woods. The personal hygiene situation is getting more and more horrendous because they relieve themselves when and where they must. In other words, they poop and pee on random outdoor properties because they can’t find a public bathroom to use. Because of this, it is being reported that the medieval infectious diseases are re-surging among the homeless and typhus and hepatitis germs can easily jump beyond the homeless population to our sheltered Citizens. This is just one big reason why we need to work together to solve our housing crisis because we also may have a public health and public safety crisis looming in Sussex County. As a council you should vote Yes on a new ordinance that would prohibit local discrimination of poor, low income families, vote Yes on a new ordinance that would encourage fast track approvals of new Mobile Home Parks, vote Yes on new ordinances that would require towns and cities in the County to install easy to find public bathrooms that are accessible 24 hours a day, 7 days a week and vote Yes on a local ordinance creating safe parking areas with Public bathrooms for car dwellers so they can get some stress free sleep while maintaining their day jobs.

In closing, I have a few questions for Sussex County Council to think about. Are low income residents being pushed out of Sussex County because of discrimination?

What will be your specific initiatives as our governing body to solve our current housing crisis and looming health crisis? 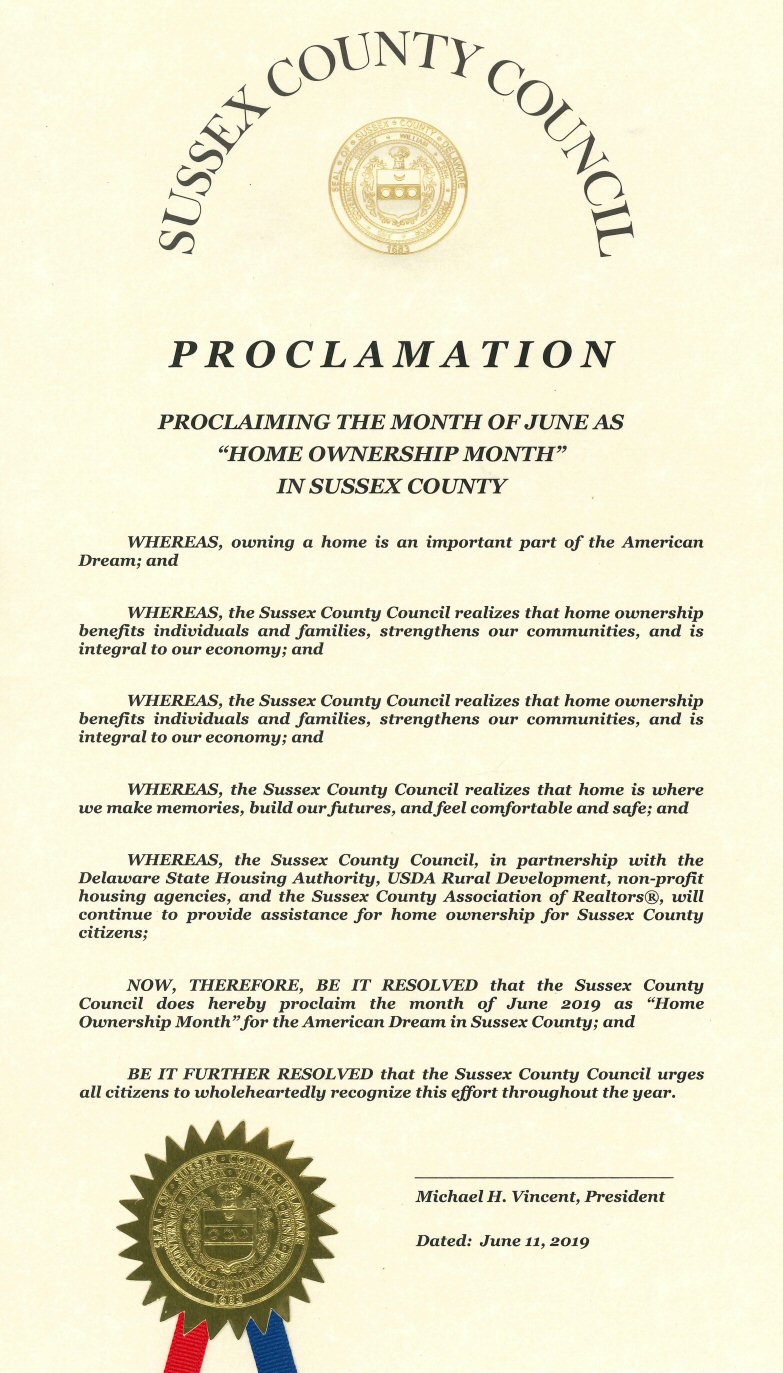 County Administrator, Todd Lawson, later presented a Proclamation that June is “Home Ownership Month in Sussex County.” County Housing Coordinator and Fair Housing Compliance Officer, Brandy Nauman told the council that Sussex County has the highest rate of home ownership in the state – at about 82%. Kent County is at about 70%, NCCo at 66% and the National rate is at 64%.

The Council had several board appointments to make. Two members of the Board of Adjustment plan to step down at the end of their terms – Chairman John Mills from District 1 and Dale Callaway from District 3. Councilman Mike Vincent has nominated Dr. Kevin Carson, former Woodbridge School District Superintendent for the District 1 seat and Councilman IG Burton has nominated Jeff Chorman for the District 3 seat. The term for Ellen Magee in District 5 also ends this year and Councilman John Rieley has re-nominated her for the seat. The council will hold in-council interviews for the two new nominees before the end of the month. The council also approved the appointment of Helen Case to the Advisory Committee for the Aging and Adults with Physical Disabilities for a two year term to begin immediately.

A subdivision east of Selbyville, the Owls Nest, is looking for roadway improvements. A vote was held for the project on June 5th. There were 8 votes cast in total – all in favor of the improvements. The project will now move on to the next phase.

A public hearing was recently held at Conley’s UM Church for a sewer expansion for the remainder of the Sherwood Forest development. The public record was left open for an additional 30 days and two more positive responses were received – bringing a total to 68 in support of the expansion and 53 opposed. Director of Utility Planning John Ashman tells the Council that the Engineering Department recommends the expansion of the sewer district boundary to include the Sherwood Forest area. The council unanimously approved his resolution.

In Old Business the County Council revisited a ordinance amendment regarding Cluster Subdivisions. After much discussion the Council approved two amendments to the ordinance. One removes the “yield plan” option from the ordinance – which maximizes the number of lots that will fit on a property so you can determine the number of lots you can cluster in the subdivision – and fills the site with housing and little open space. 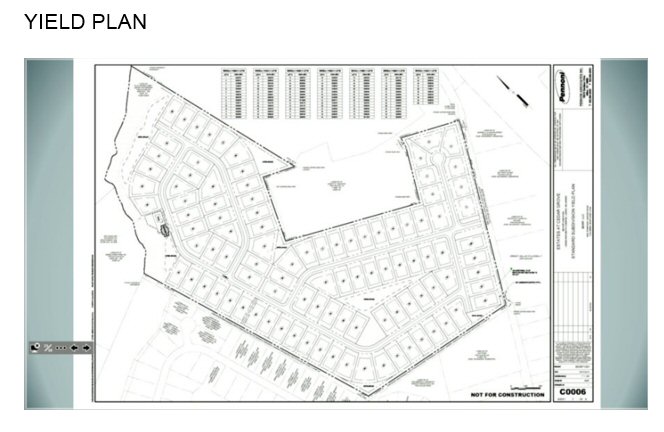 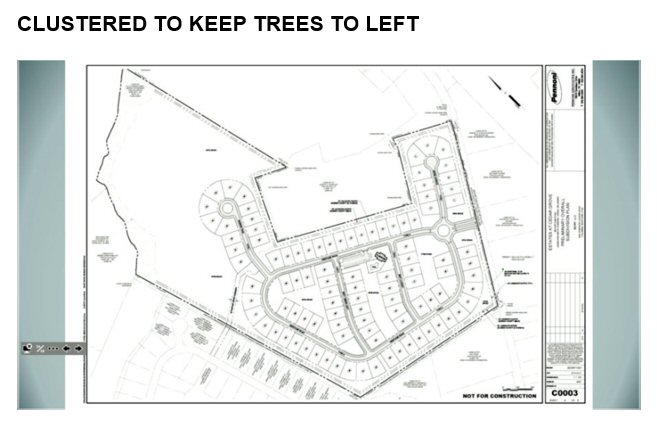 The County Council meets again on Tuesday, June 18 at 10am in the County Administration building on the Circle in Georgetown. A reminder – the public hearing on the proposed Sussex County FY 2020 budget will take place next Tuesday at 10am. This will be the only chance for public comment on the $185.8-million budget. Click here to see the proposed FY 2020 budget.