The Delaware State Police has charged both the driver of a Chevy Blazer and the pedestrian he collided with late Monday night on Coastal Highway.

MCpl. Melissa Jaffe, state police spokeswoman, says troopers have charged the 20-year-old Milton man driving this Blazer with driving while suspended and no proof of insurance. 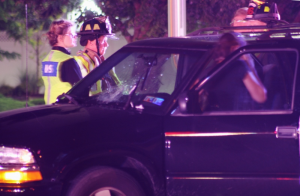 The pedestrian, a 47-year-old Millsboro man, was taken to the hospital with serious injuries to his lower body. He was issued citations for being drunk on the highway, failure to carry a light on a public roadway, and pedestrian crossing any place except marked crosswalk, MCpl. Jaffe said. 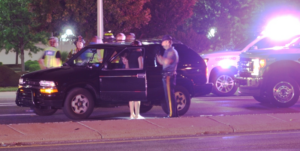 The accident happened around 10:25 p.m. when the 1998 Chevy Blazer was headed north on Coastal Highway in the far left turn lane to John J. Williams Highway, outside Rehoboth, she said. The pedestrian had been walking east across Coastal Highway and was not in the area of the intersection and was struck when he stepped in front of the Blazer.