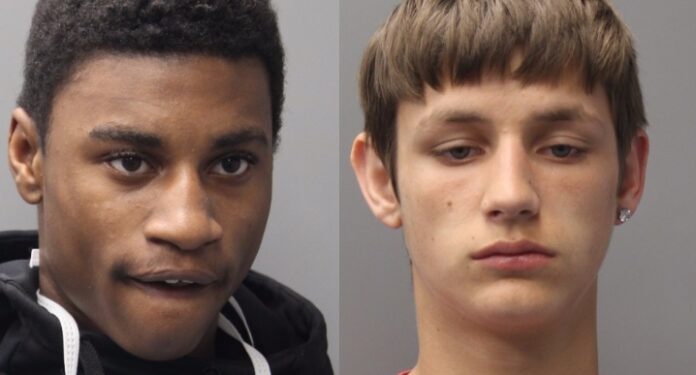 Two teens were arrested and charged in connection with an assault and robbery in Harrington.

According to the Harrington Police Department, around 10:30 a.m., Wednesday officers received reports that a person was robbed and assaulted on Ward Street.

During the course of the investigation, police learned that a 19-year-old male was walking on Ward Street in the area of Mill Street when he was approached by two suspects.

The two suspects, later identified as 17-year-old Brandon L. Lane and 16-year-old Jymeir M. Long, both of Harrington, assaulted the victim and then stole an undisclosed amount of money from the victim, according to police.

The victim suffered minor injuries and the two suspects fled the scene following the incident.

The two juvenile suspects were taken into custody at a home in the first block of Clark Street and charged with Robbery Second Degree, Conspiracy Second Degree and Assault Third Degree. Both were given own recognizance bonds for the criminal charges.

A computer check revealed Long had an active capias out of New Castle County Family Court for Failure to Appear for a Hearing for Unlawful Sexual Contact Third Degree. He was issued a $3,000 secured bond for the capias and committed to the Stevenson Juvenile Detention Center pending a future court appearance.