Results in Delaware began coming in quickly Tuesday night – but when all was said and done – not much changed. The divide in the Delaware State Senate grew wider – with Democrat Laura Sturgeon picking up the District 4 seat formerly held by Republican and Senate Minority Whip, Greg Lavelle. Democrats also retained the District 17 seat, which was vacated by Brian Bushweller, when he retired. Trey Paradee (par-DEE) left his seat in the State House to run for the State Senate and grabbed over 64% of the votes to Republican and Camden Mayor Justin King’s nearly 36%. The state Senate now has 12 Democrat members and 9 GOP members.

In the State House the Democrat majority grew by one as well after longtime District 12 Republican Deborah Hudson lost to Democrat Krista Griffith. In all the other races, the Democrats and Republicans held their seats.

Voter turnout in Delaware was at an estimated 52.19% which is much higher than past mid-term elections in the First State. This is the last year that Delaware will use the current voting machines, so voters will have a bit of a learning curve as the next Presidential election rolls around in 2020.

In the two Sussex County Council races – both GOP candidates, Doug Hudson in District 4 and John Rieley in District 5 were winners – keeping the council fully Republican. And the three Sussex County row offices up for re-election went to the current holders – all Republicans.

US Senator Tom Carper will return to Washington after a easy win over Sussex County Councilman Rob Arlett.  Lisa Blunt Rochester turned away Republican Scott Walker and will return to the US House.

The Delaware Republican Party released the following statement this evening:

Republicans have had better nights in Delaware.

Over the last several years, Delaware has been fortunate enough to have strong leadership in Ken Simpler, Greg Lavelle, and Debbie Hudson. We thank them for their service to the State and to our Party. Delaware citizens have lost three strong voices for accountability.

Likewise, we thank all of our candidates for the time and effort they contributed to ensuring that the 2018 election was one of ideas and vision for the future of our state. Whether you won or lost tonight you deserve our gratitude.

To the hundreds of volunteers who spend countless hours working to elect Republicans we say ‘thank you’ for your time and energy. You have always ensured that our Party rolls forward each and every day.

Starting tomorrow we begin to rebuild, and will do everything in our power to hold Delaware’s one party government for each and every decision they make.

The biggest winner tonight isn’t any one candidate – it’s the overwhelming majority of Delawareans who value inclusion and optimism over division and dystopia. This was far more than a rejection of Donald Trump and his enablers, it was an affirmation that Delawareans never lost their will to fight for the things that connect us or our collective hope for a better tomorrow. Tonight is not the end of a campaign cycle, but rather the beginning of the fulfillment of a promise – a promise that together we will pursue bold, innovative policies that move Delaware forward by protecting coverage for pre-existing conditions, creating middle class jobs, investing in a 21stcentury infrastructure network, and ensuring equal rights for all Delawareans. 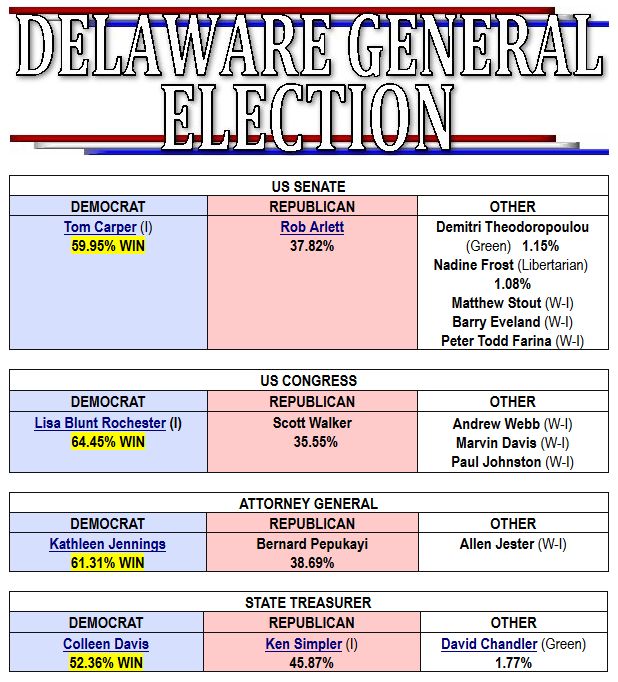 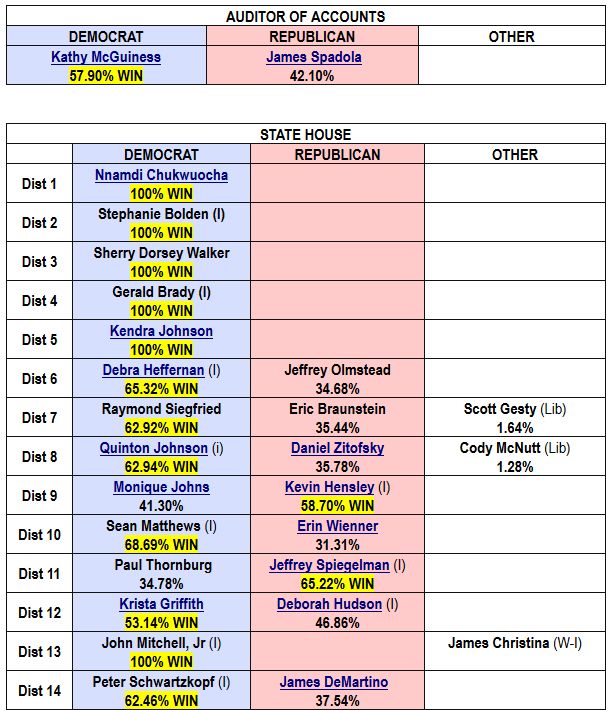 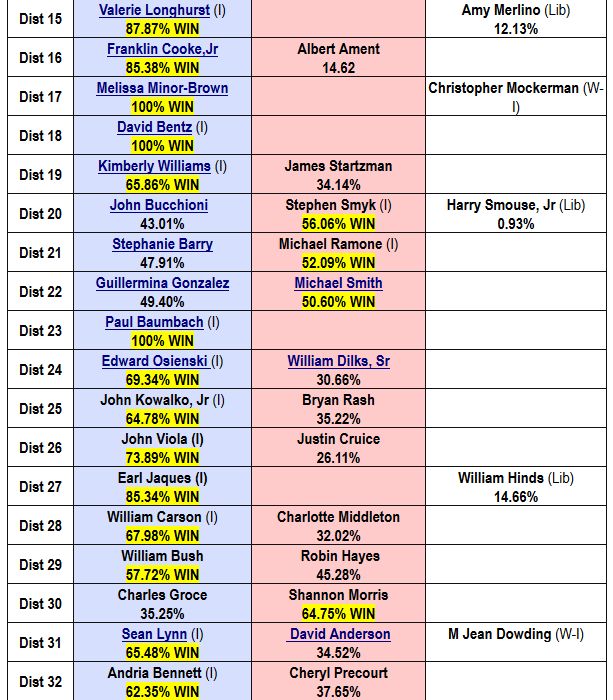 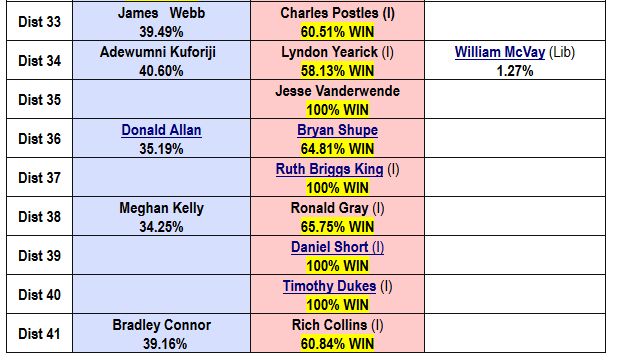 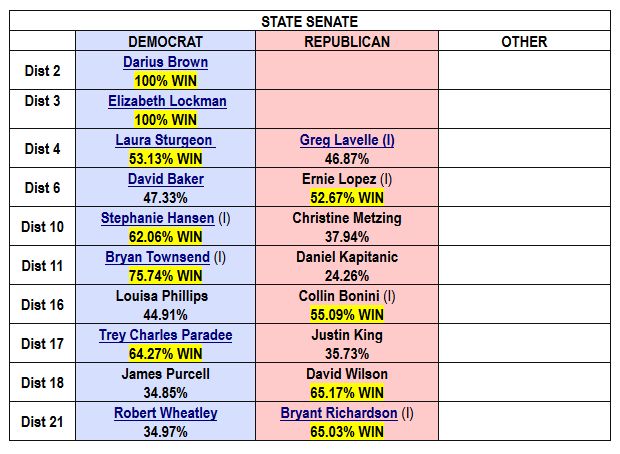 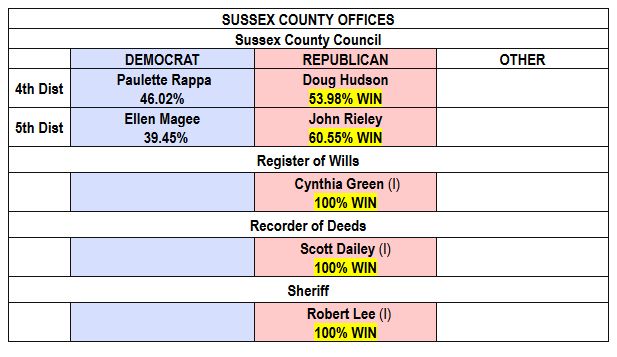 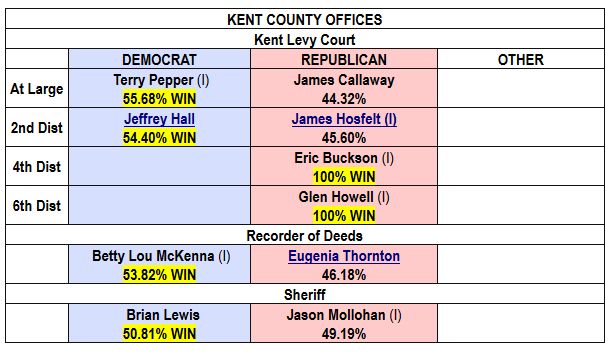