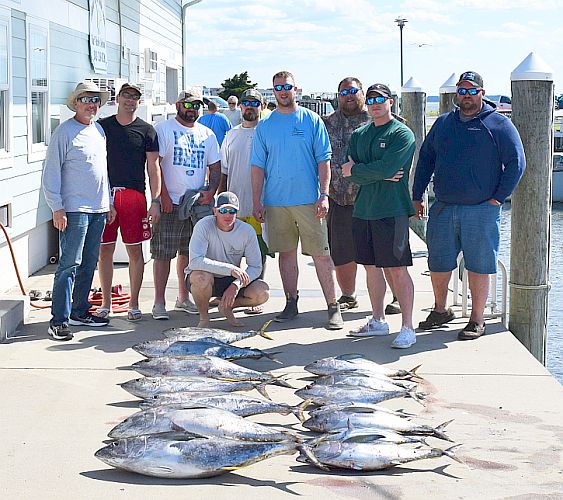 Summer weather continued on Saturday as crowds of folks invaded the beaches ahead of the Fourth of July Holiday.

From Lighthouse View Bait and Tackle on the pier at Cape Henlopen State Park we learned that a good number of anglers fished the pier and caught spot, croaker and short flounder.  You can’t beat bloodworms for the spot and croaker while live minnows or a bucktail with Gulp! will bring in the flounder.

At Hook ‘em and Cook ‘em, Burt told us the tuna bite slowed a bit, but fish were still caught.  He said the water offshore did not look real good plus the large number of boats on the grounds may have kept the number of tuna caught down.  On the plus side he did see a few more flounder caught on the inshore spots like the Old Grounds and Site 11.

At Old Inlet Bait and Tackle the hottest fishing has been at the inlet for croaker.  The fish are small, but there are a lot of them.  Small blues and hickory shad have been caught by the Coast Guard Station at night.

At Rick’s Bait and Tackle they had two customers fish the Old Grounds early in the morning to catch a limit of flounder to 27 inches.