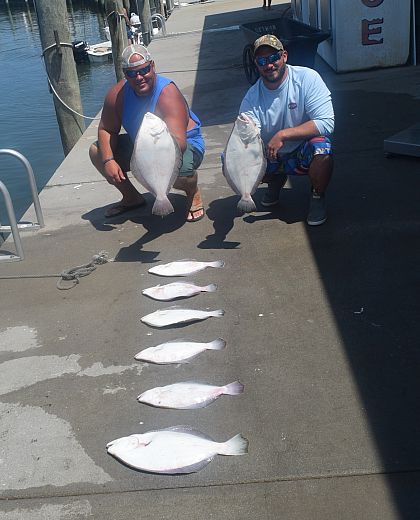 Tuesday saw small craft advisories flying for the ocean and it looks like they will still be up on Wednesday.

Amanda at Lewes Harbour Marina said Steve Warren fished Roosevelt Inlet on Monday with Gulp! and caught two short and one keeper flounder that weighed 3.3 pounds.  The Katydid fished offshore on Tuesday and came back with 30 dolphin.  The head boats from the Angler fleet continue to catch croaker and bluefish with the occasional keeper trout from the bay reef sites.  Otherwise it has been slow fishing with scattered flounder and a few black sea bass at the Old Grounds and the coral beds around A and B buoys.  The tuna bite has pretty much dropped off to nothing as the warm water sent the fish further north.  Let’s hope they return in the fall.

At Lighthouse View Tackle on the fishing pier at Cape Henlopen State Park the report was more spot and croaker caught on bloodworms.  Flounder catches have dropped off and a few small blues are taken on cut bait.

Clark at Old Inlet said they had hoped for better fishing, but it did not happen.