TURN TO WGMD FM 92.7 EACH WEEKDAY MORNING AT 6:40 AM TO HEAR MIKE BRADLEY AND ACCUWEATHER METEOROLOGIST DISCUSS THE LOCAL WEATHER CONDITIONS.

Bethany, S. Bethany Beaches To Be Fortified This Fall / Winter

Mark Fowser - September 23, 2020
Rehoboth Beach has set November 2nd as the date for removal of remaining barricades that were set up during the pandemic to...

Mark Fowser - September 23, 2020
Ocean City has been preparing for months for the arrival of an unsanctioned pop-up motor vehicle rally. Now that the time is...

Mark Fowser - September 23, 2020
Sussex County and DelDOT are on the same page regarding future development proposals and their surrounding traffic issues. County...

Mark Fowser - September 23, 2020
A student at Cape Henlopen High School has tested positive for coronavirus. The Cape Gazette reports the student is...

Mark Fowser - September 23, 2020
A Seaford man has been arrested in connection with an August homicide at The Woodshed Bar and Package Store on Bridgeville Highway.

Mark Fowser - September 22, 2020
The election for Sussex County Council's Third District is not over, after all. Mark Schaeffer won last week's Republican... 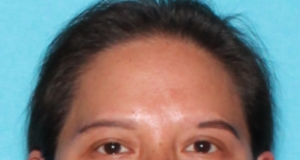 Mark Fowser - September 22, 2020
Delaware State Police have canceled a Gold Alert for a 39-year-old Laurel woman. Tennia Reinhold has been located. The... 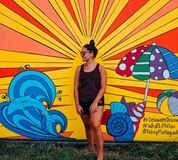 Classic Radio Theater features great radio programs that warmed the hearts of millions for the better part of the 20th century. Host Wyatt Cox brings the best of old radio classics back to life with the passion of a longtime (as in more than half a century) fan. We’re talking about shows like Jack Benny, Bob Hope, Suspense, Gunsmoke, Fibber McGee and Molly, X Minus One, and many more that decades later still create great entertaining theater of the mind. Classic Radio Theater is keeping America’s love affair with classic radio alive!

Sunday, June 30, 2019
Hour 1 – Escape, originally broadcast June 30, 1950, 69 years ago, Blood Bath starring Vincent Price. An thriller about a man trapped on a small sandbar in the middle of a jungle river with piranah fish, vampire bats, electric eels, a boa constrictor, and his four friends all trying to kill him.