Propaganda & the American Revolution Discussion Coming to R.B. on Tuesday

Propaganda, a method of persuasion that attempts to influence the emotions, attitudes, opinions, and actions of people is used for ideological, political and/or commercial purposes.

Modern-day propaganda has many media resources to influence the thought processes of the populace.  During the era of the American Revolution, the American colonies had a flourishing network of newspapers and printers who specialized in the use of propaganda on behalf of the Patriots and somewhat for loyalists. 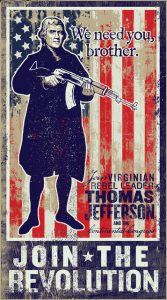 Gauger is a retired professor of history and political science at Lehigh Carbon Community College in Allentown and Muhlenberg College.  He recently appeared at the museum with a lecture on the history of the Electoral College.

For reservations call the museum at 302-227-7310. The museum is next to the Information Center at 511 Rehoboth Ave in downtown Rehoboth Beach.