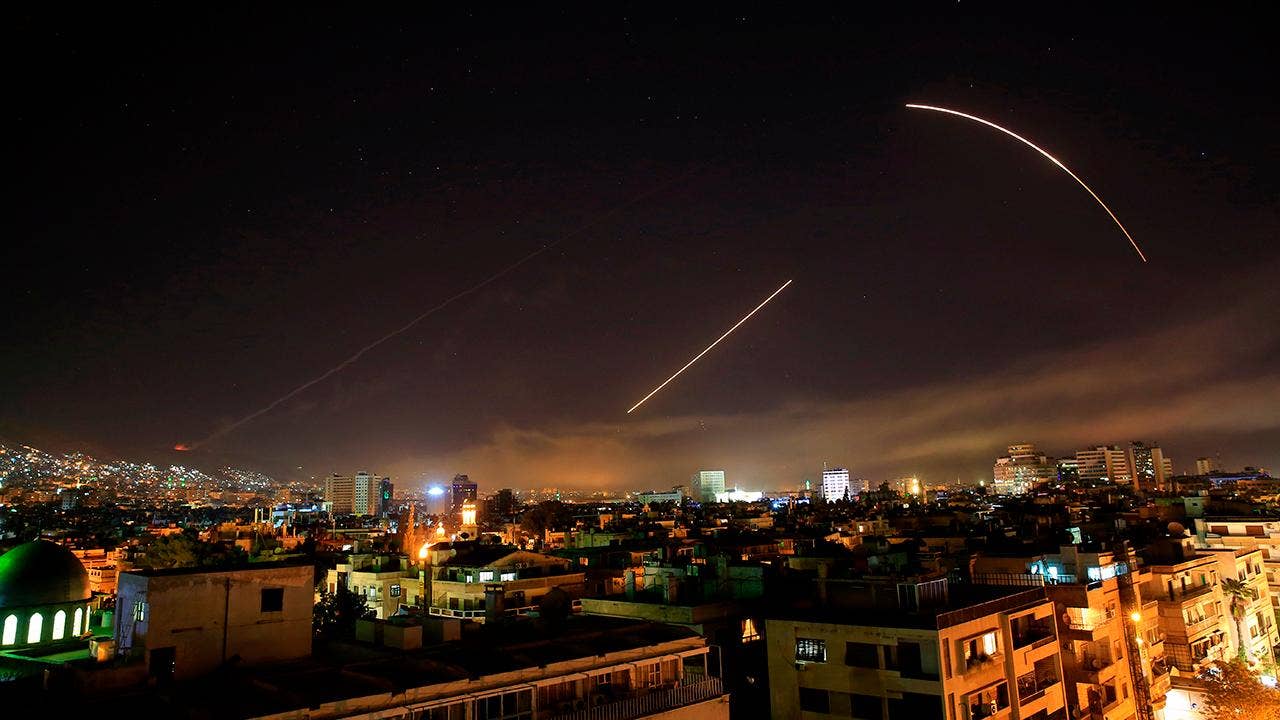 Hundreds of Syrians came out to the streets of Damascus on Monday to rally in support of the regime’s army and leader Bashar al-Assad following Saturday’s U.S.-led airstrikes against the country’s chemical weapon facilities.

State TV broadcast the rally live from the central Omayyad Square where regime supporters were seen waving Syrian flags as a “salute to the achievements of the Arab Syrian Army” and set off fireworks and unleashed celebratory gunfire.

Shouts of “Allah, Syria, and only Bashar” were also heard at the rally.

The U.S.-led airstrikes targeted sites that were reportedly linked to the regime’s chemical weapons program. The three nations claimed Assad was responsible for the alleged chemical attack on April 7 in the town of Douma, just outside of Damascus.

Syrian activists said over 40 people were killed in the attack, but the Syrian government denied being the perpetrator, while Russia accused Britain of staging the attack themselves as a pretext for bombing Syria.

The Organization of the Prohibition of Chemical Weapons arrived to Syria to investigate the origins of the attack but it remains unclear what sort of evidence could be uncovered as Syrian government security agencies and Russian military police have already been deployed in Douma after it fell under government control.

The airstrikes led to increasing tensions on the global stage, with both the U.S. and Russia exchanging threats. U.S. Ambassador to the United Nations Nikki Haley said Sunday that Russia will be subjected to new economic sanctions amid its support for Assad.

Russian President Vladimir Putin, meanwhile, said the strikes were illegal under the U.N. Charter and any further escalation in Syria “will inevitably lead to chaos in international relations,” according to according to a statement from the Kremlin.

But despite tough words, Syrian media, Russian and Syrian officials have tried to downplay the impact of the joint bombing by the western powers, saying the Syrian regime army have intercepted most of the missiles. The Pentagon claims no missiles were engaged.