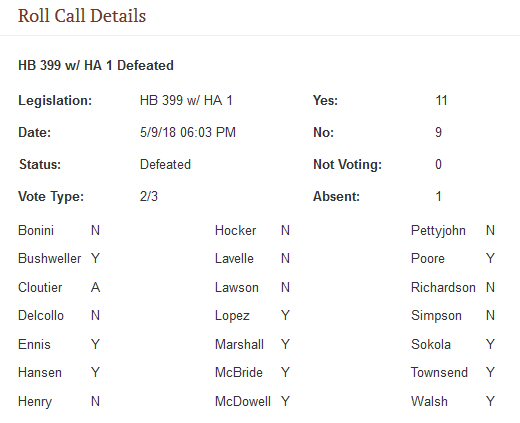 Legislation that would amend the Delaware Constitution was defeated in the State Senate Wednesday.  House Bill 399 would provide equal rights on the basis of sex.  An amendment to the US Constitution was passed in 1972 but not ratified by the number of needed states by the 1982 deadline.  Delaware was one of the first states to ratify the Amendment and since then states across the country have passed Equal Rights Amendments to their state constitutions to provide protection against discrimination based on sex.  The State House approved this measure in March, but the Senate defeated it with an 11 to 9 vote.

Governor John Carney on Wednesday issued the following statement on the Delaware Senate vote to defeat an Equal Rights Amendment to Delaware’s Constitution: