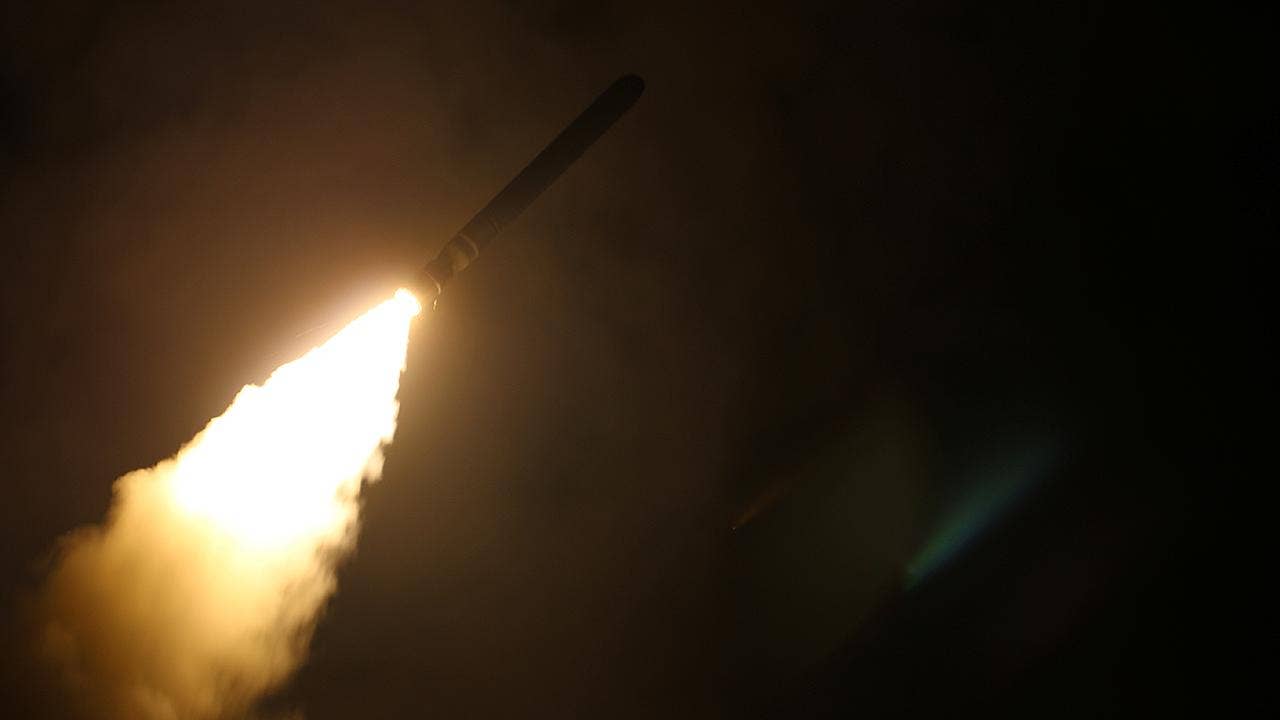 President Trump was able to declare “mission accomplished” by tweet just hours after a missile attack by the U.S., Britain and France struck three key chemical weapons facilities in Syria early Saturday because the strike was limited, clearly defined and multilaterally endorsed.

And the attack was aimed at a single vital objective: restoring an increasingly ignored red line against the use of chemical weapons.

The attack was not aimed at toppling the regime of Syrian President Bashar Assad, who continues to share the U.S. goal of defeating the Islamic State terrorist group. Nor did it target Syria’s enablers, Iran and Russia, both of whom have a significant troop presence and other assets in Syria.

At the same time, the Trump administration was correct in blaming Russia and Iran for undermining the once universally respected ban on the use chemical weapons, particularly against civilians.

While Trump has said he will pursue additional measures should Assad not mend his chemical weapons ways, his declaration that our troops in Syria would soon be withdrawn may have prompted Assad to conclude that he could use chemical weapons against his citizens without penalty.

On 12 occasions, Russia has vetoed United Nations Security Council resolutions aimed at condemning such Syrian military excesses and its persistent flaunting of international law in the 7-year-old civil war.

In announcing the strikes, President Trump also abandoned his habitual reluctance to blame Russia for helping foment such aggression. Not mincing words, the president warned Russia against its continued indifference to its client’s violation of international rules and norms.

Speaking from a Latin American summit Saturday, Vice President Mike Pence reinforced President Trump’s message by saying that Russia was on “the wrong side of history” in tolerating the use of chemical weapons and other weapons of mass destruction.

The missile attack took place at 4 a.m. Saturday Syrian time, and on the night of Friday the 13th in the U.S. It differed significantly from the last U.S. strike on the Shayrat air base in relatively unpopulated part of Syria a year ago.

Defense Secretary James Mattis declared a day after that earlier strike that 20 percent of Syria’s operational aircraft had been destroyed and that Syria had lost the ability to launch a chemical weapons attack on its own people. But the Assad regime began using chemical weapons within four months of the strike.

The April 7, 2017 strike, moreover, was a unilateral American action that targeted only one part of the single airbase from which an earlier chemical attack had been launched.

The destruction of the research complex – which included a laboratory, research and development center, and an administrative headquarters – has set back Syria’s chemical weapons and biological weapons program by years, Weber said, echoing the Pentagon’s “after battle assessment.”

President Trump’s blunt criticism of Russia reflects an increasingly tough attitude towards Moscow by a president, who has been notoriously reluctant to criticize Russian President Vladimir Putin, his repression at home and aggression abroad.

The Trump administration, for instance, has recently authorized the sale of defensive weapons to Ukraine, which Russia invaded and partly occupies.

The U.S. has also imposed sanctions not only against Russian state-owned institutions, but against more than a dozen oligarchs close to Putin.

In response to an alleged use of nerve gas against a former Russia spy and his daughter in Salisbury, England, Washington has expelled dozens of diplomats and closed, or kept closed Russian compounds and facilities.

And now the U.S. has warned Moscow that it will be held responsible for the use of chemical weapons in Syria.

If Russia fails to get the message, President Trump vowed Friday that additional punishment seems likely.

“Future strikes, if needed,” Weber said in an interview, “should target regime aviation and command and control assets used to commit chemical crimes against humanity.”

President Trump also said that in addition to further military strikes, if necessary, he would respond with additional economic and diplomatic measures. But if the administration has a broader strategy towards Syria, most experts cannot discern it.

The Syrian war cannot be ended by military measures alone, warned Ryan Crocker, a former U.S. ambassador to Damascus. Nor does the administration seem to have a plan for containing and reducing Russia’s and Iran’s presence and influence in Syria.

President Trump has sent mixed signals about his own intentions. While he said he will pursue additional measures should Assad not mend his chemical weapons ways, his declaration two weeks earlier that America’s 2,000 troops in Syria would soon be withdrawn may have prompted Assad to conclude that he could use chemical weapons against his citizens without penalty.

As long as President Trump’s intentions remain so muddled, the message he intends to send to Syria and its patrons risks falling on deaf ears.