Maryland Governor Larry Hogan won a second term in Annapolis. Hogan has overcome cancer and Democrat challenger Ben Jealous – winning with over 56% of the vote. US Senator Ben Cardin was re-elected and 1st District Congressman Andy Harris remains the only Republican elected to the US House – the other 7 Maryland US House seats remain with the Democrats.

The upset of the night comes in the defeat of former Ocean City Mayor and State Senator Jim Mathias, who fell to former House of Delegates member Republican Marybeth Carozza. 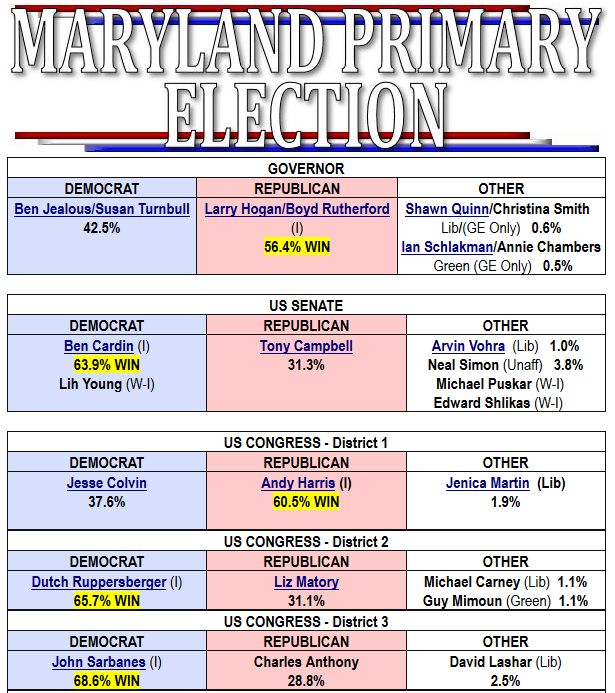 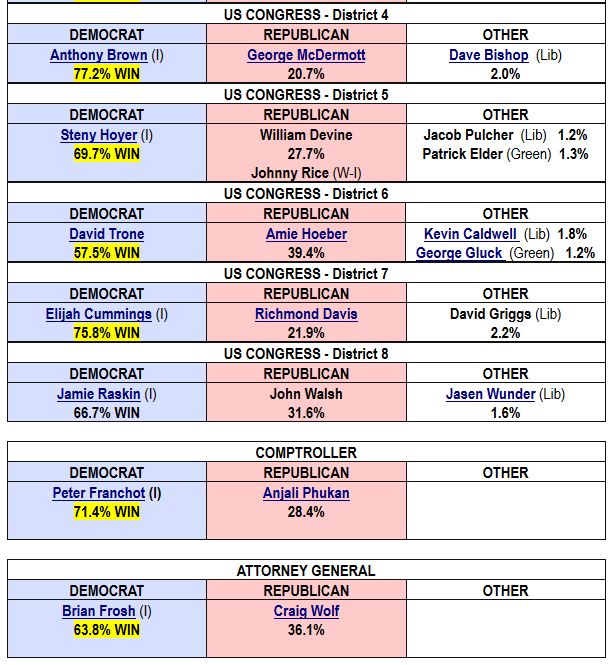 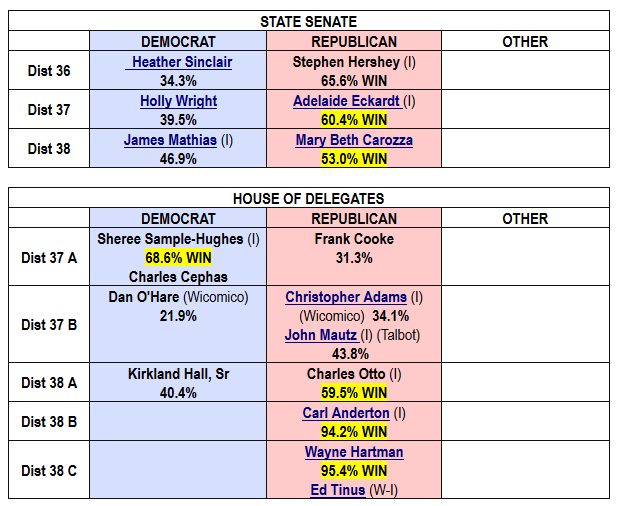 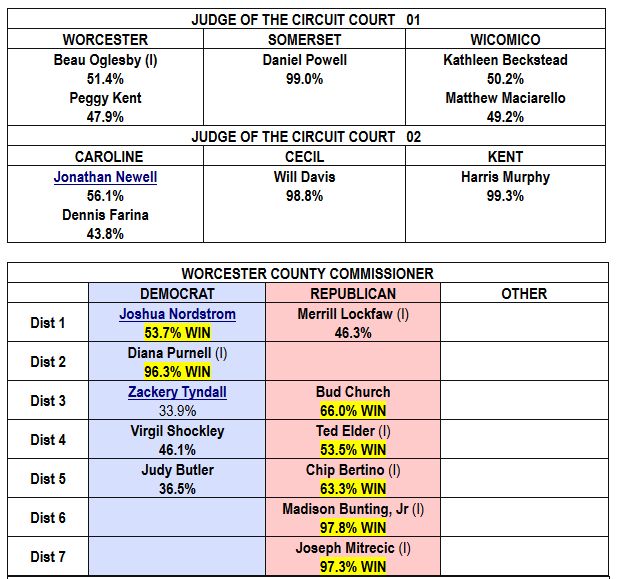 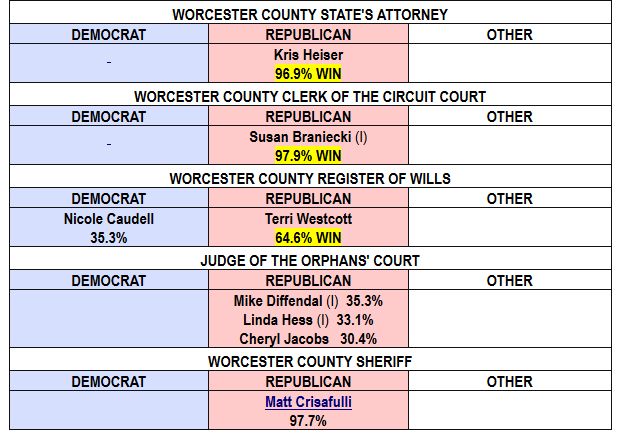 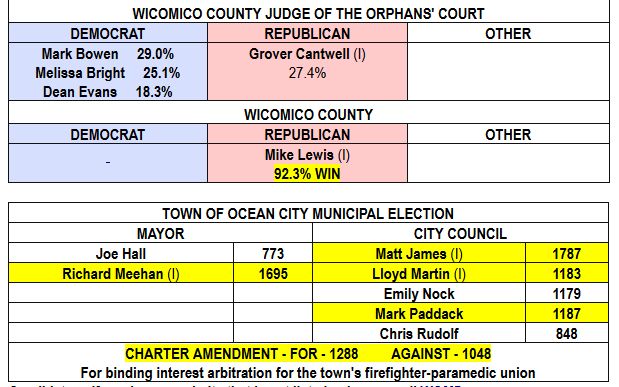