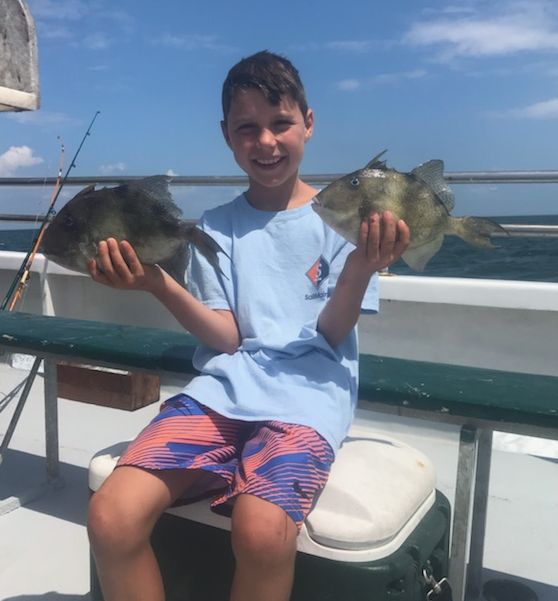 While at anchor on inshore wreck – Micah Greenberg of Portland, ME

Monday was another fine weather day and we had good reports from the ocean and the bay.

At the fishing pier on Cape Henlopen State Park, Lighthouse View Tackle said it was another good day for catching croaker and spot.

Ice House Tackle reported Sam had a 40-pound cobia on fresh mullet at Site 9 on Sunday.  Frank Tucker fished Site 6 in the bay to catch seven triggerfish plus some kings and croaker.