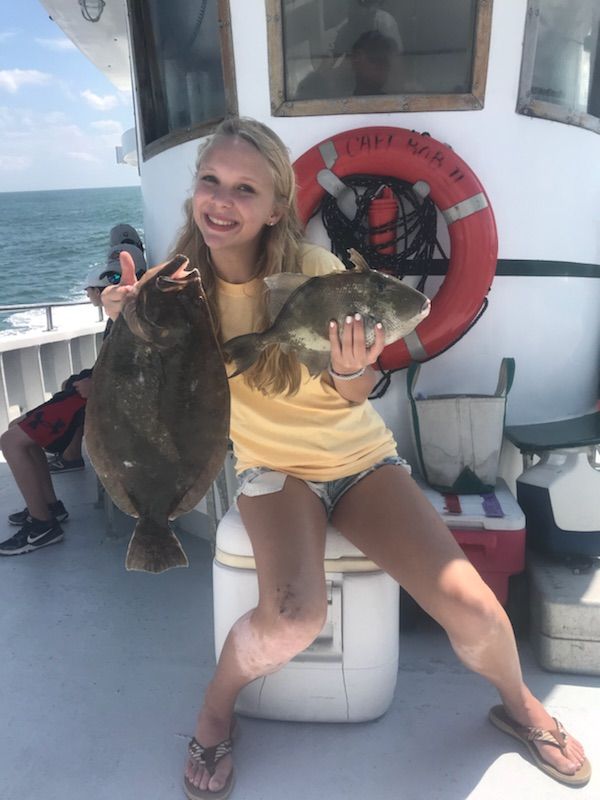 Thursday saw some pretty good fishing weather especially early in the morning before the sun got high and the wind picked up out of the south.

The Grizzly with Captain Cary Evans tried inshore structure with poor results then moved further off the beach for a good catch of dolphin plus a few flounder.  The Top Fin with Captain Pete Haines has been catching good numbers of bluefish by the south end of the Outer Wall.  On Wednesday the Katydid caught a mixed bag of flounder and sea bass over ocean structure.

Lighthouse View Tackle at the fishing pier on Cape Henlopen State Park reported some anglers are filling their coolers with spot and croaker caught on bloodworms.  They did not say how big the coolers were.

Lauren at Hook ‘em and Cook ‘em told us she saw a good catch of spot come in from the beach.  The head boats had flounder and triggerfish.

Old Inlet Bait and Tackle said blues have been caught from the beach.  The fish are moving in and out with kings and spot filling in the blanks.

This is Eric Burnley with your WGMD fishing report