Yesterday, former Sussex County Administrator Dave Baker filing to run for the State Senate’s 6th District. Baker, a Democrat from Milton, says his 34 years in Sussex County government has given him a wealth of experience in dealing with the issues of 6th district, which stretches from Milton to Dewey Beach. Baker will be challenging the districts two-term incumbent Republican Ernie Lopez in the November general election.

In a statement, Sen. Lopez says David Baker is a friend who supported his last run for re-election in 2014.  Sen. Lopez says he was surprised by Baker’s decision to run, but looks forward to running a positive campaign. The full statement from Sen. Lopez below: 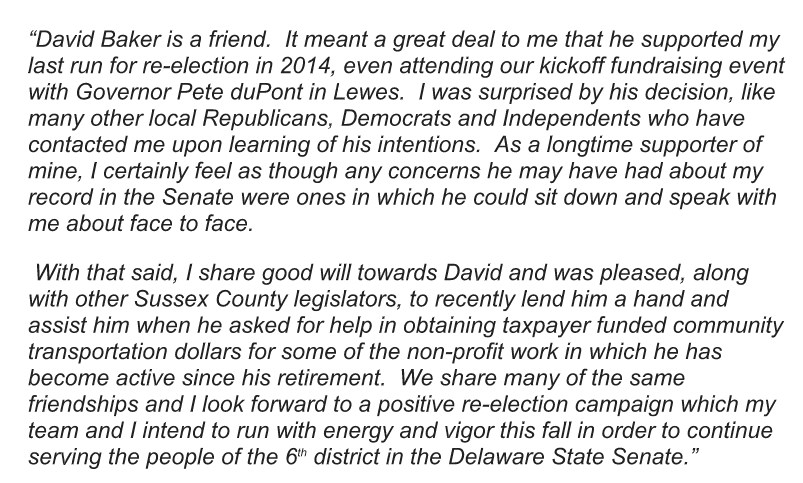