Ocean View Mayor Walter Curren has released an official statement after allegations were posted in Facebook that accused former employee Charles McMullen and Kercher Engineering of conspiring to embezzle money from the town.  Mayor Curren says the allegations are false and were posted by the daughter of a disgruntled former town employee.  There is no evidence of any impropriety on the part of McMullen or Kercher Engineering. 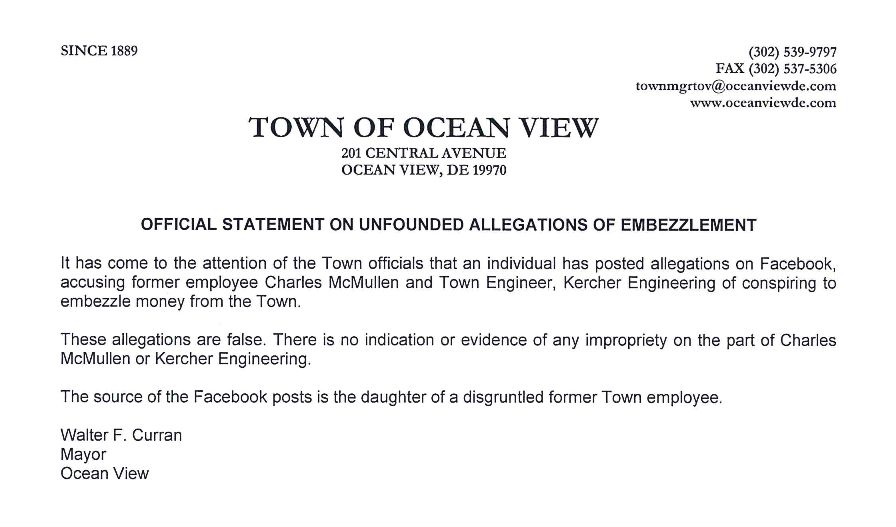