A double-fatal accident involving a motorcycle closed U.S. Route 50 near Annapolis for nearly five hours this morning.  Police have now identified the motorcyclist and his rider as Donald Tyner, 56, and Janell McDougald, 45, both of Baltimore. 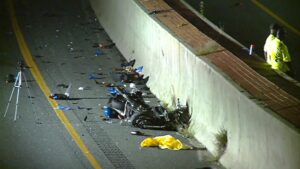 Police say shortly after 12:50 a.m., troopers from the Annapolis barrack responded to eastbound U.S. Route 50 at Ridgely Avenue after a silver Ford Expedition —  traveling westbound in the eastbound lanes of U.S. Route 50 — crashed into the motorcycle, killing the couple instantly. 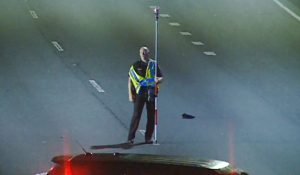 The driver of the Ford Expedition was taken into custody at the scene and later taken to the Annapolis barrack for processing. The driver’s identity is being withheld pending formal charges being filed. 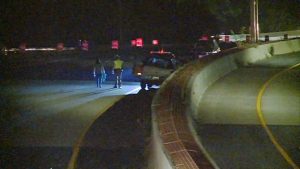 As a result of the crash, U.S. Route 50 was shut down in both directions for several hours. Traffic was diverted onto Rowe Boulevard at Bestgate Road. The road reopened shortly before 6 a.m. The investigation continues.