Delmar voters have opted for a new at large representative. William Mills got 164 votes to incumbent Jason Coco’s 45 to take over the seat.

The new school board members will begin their terms on July 1st and with the exception of Bill Collick’s seat in the Cape School District – all other terms are 5 years. 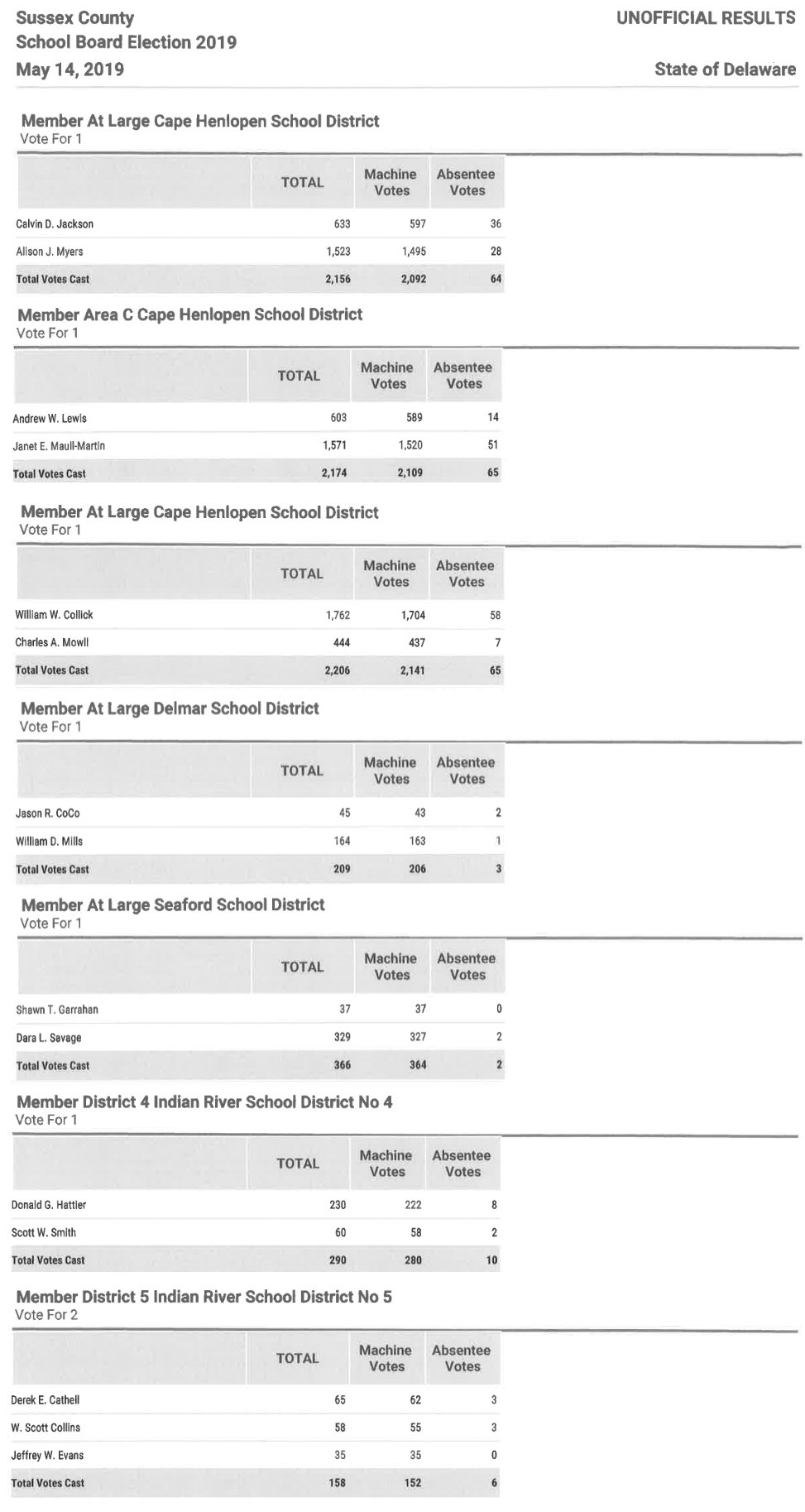